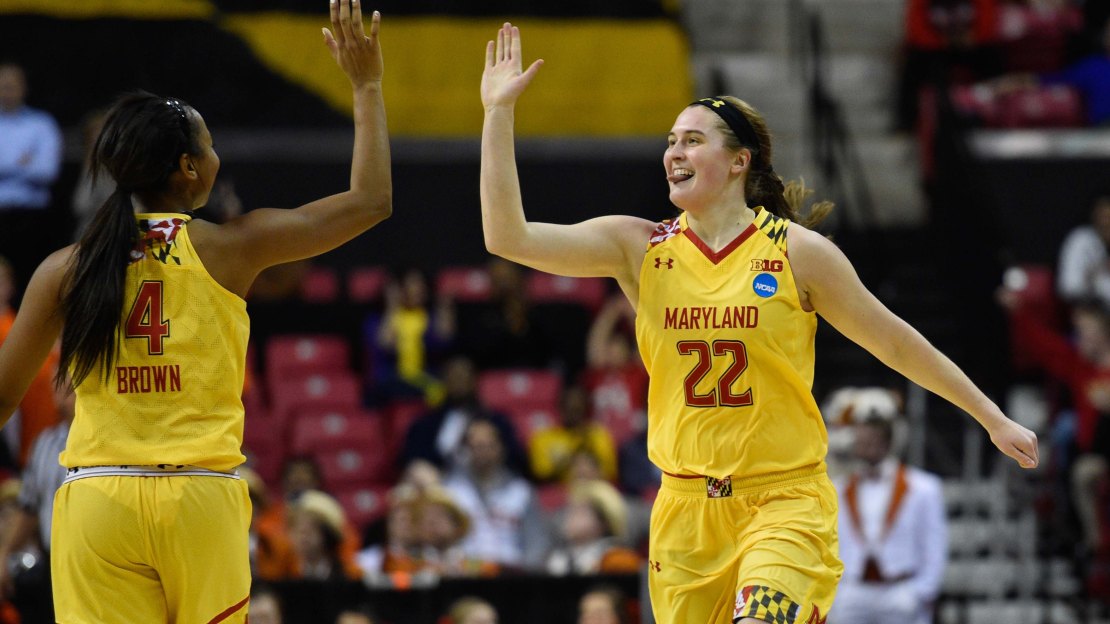 For the record, we ?? our President! We gave him a new jersey to wear! @ESPN_WomenHoop @espnW @SportsCenter pic.twitter.com/iJttJ5W0yI

Big Ten regular season and postseason champ Maryland is off to the Sweet 16 for the fourth consecutive season.

The top-seeded Terrapins, who have won their last 26 games, handed No. 8 seed Princeton its first loss of the season Monday night to advance to the Spokane Region semifinals vs. longtime ACC rival Duke.

Use the links below to catch up on the Big Ten action.

NORTH CAROLINA 86, OHIO STATE 84: BOX | AP RECAP
Jamie Cherry hit a jumper with 0.6 seconds left and North Carolina beat Ohio State 86-84 on Monday night in the second round of the NCAA Tournament. Ameryst Alston had 30 points for the fifth-seeded Buckeyes (24-11), who trailed by as many as 23 points.