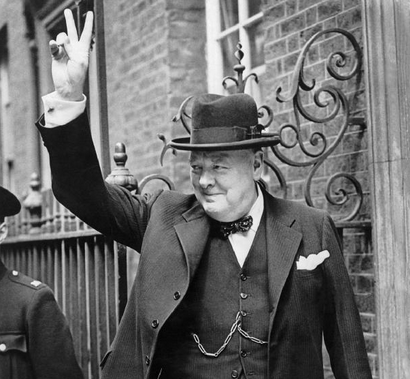 ?Continuous effort - not strength or intelligence - is the key to unlocking our potential.?

As the quotes above show, Winston Churchill, Britain?s prime minister during World War II, was (as most great leaders are) both a remarkable rhetorician and an exceptional motivator of people. The fact that his speeches and writings are still cited so often by other leaders demonstrates how lasting his legacy is.

[btn-post-package]His legacy is felt in academia as well, through the Winston Churchill Foundation. The organization was formed in 1959 with the intention of sending talented young American graduate students from a variety of disciplines to study for a year at the University of Cambridge?s Churchill College, which focuses on the hard sciences, engineering and mathematics.

The Churchill Scholarship Program fulfills a dream of Churchill?s, who was fascinated with the United States throughout his life despite his deep, aristocratic English roots. (Much of that was due to the fact that his mother was American, but his efforts to build a strong Anglo-American alliance in his later political career also contributed to his interest in this country.)

Of the 14 American students named Churchill Scholars for the upcoming school year, five were from Big Ten member universities. They are:

By participating in this prestigious program, these students will undoubtedly broaden their career opportunities. And they?ll benefit from a sentiment eloquently expressed by Churchill: ?We make a living by what we get, but we make a life by what we give.?