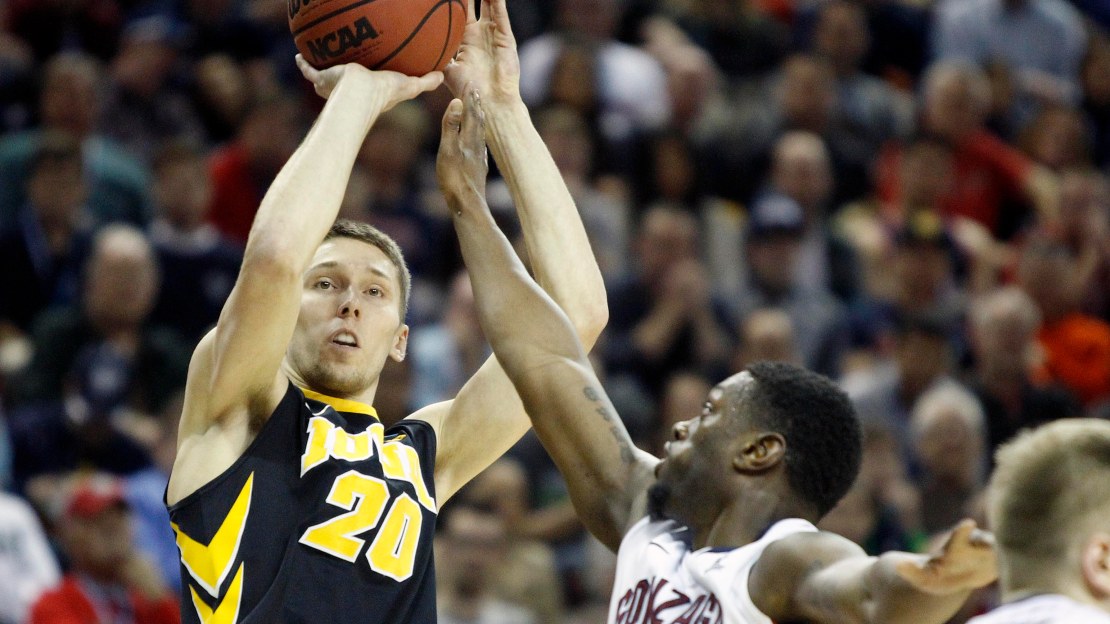 Jarrod Uthoff gave Iowa fans something to cheer about in the first half vs. Gonzaga on Sunday night.

The junior forward did it by soaring for a poster dunk that seemed to excite the pro-Gonzaga faithful in Seattle, Washington.

Uthoff, from just beyond the 3-point line, gave an eyebrow fake to get past his defender, drove the lane and elevated for the right-handed dunk. Unable to stop his momentum after the flush, Uthoff finished on the floor.

He didn't stick the landing, but it was still a fantastic flush.

"Uthoff coming with the heat!" play-by-play announcer Spero Dedes said of the highlight.