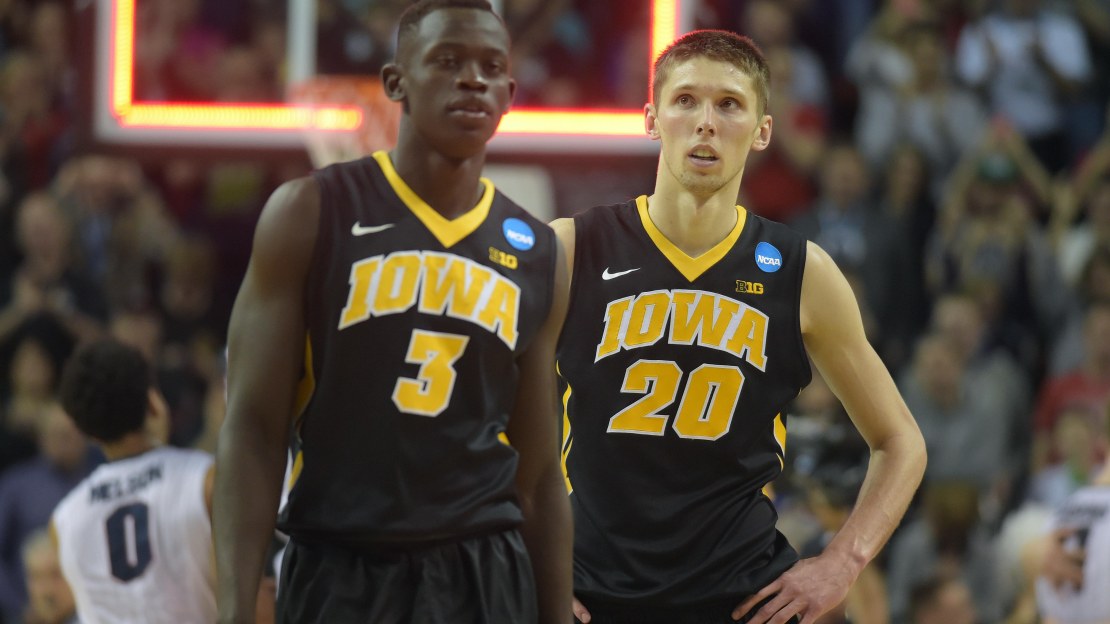 The star: Gonzaga?s Kyle Wiltjer was the man. He hit 10-of-12 shots (4-of-6 3-pointers) to finish with a game-high 24 points, nailing his first six shots. He was one of four Zags in double-figures. Kevin Pangos had 16, Gary Bell, Jr., 10 and Domantas Sabonis also hit double-figures with 18. Iowa star Aaron White overcame a sluggish start to finish with 19 points.

The stat: 20, Gonzaga assists. The Bulldogs passed with aplomb, netting 13 assists on 18 field goals in the first half and finishing with 20 dimes. Amazing. The Bulldogs' 62 percent from the field or 63 percent from distance could have taken this honor, too. Gonzaga dominated in every facet of this game.

The key to victory: The Zags had their way all night, leading the entire duration of the contest. Gonzaga used excellent passing to slice and dice through Iowa. And that excellent passing led to many easy baskets, as Gonzaga shot 61.5 percent overall and 62.5 percent from 3-point range, cruising to an easy win.

It was over when: Gonzaga was in control from the start, really, so there wasn't one moment. The Zags forged to a 46-29 halftime lead on a scorching 62.1 percent shooting, and they were even better from 3-point land, hitting 7-of-10. Iowa was hurt by seven turnovers in the first half. The Hawkeyes cut the Zags lead to 11 in the second half. But Gonzaga made is 69-49 with 6:27 left to basically kill any hope Iowa had of mounting a rally.

What?s next: The season is over for Iowa, which finishes with a 22-12 record. A win would have set up a game vs. UCLA and Steve Alford, a former Iowa coach, in the Sweet 16. It was a good season for the Hawkeyes, who won their first NCAA tourney game since 2001 and made back-to-back Big Dance appearances for the first time since 2005-06. Fran McCaffery will have holes to fill with Aaron White, Gabe Olaseni and Josh Oglesby gone.