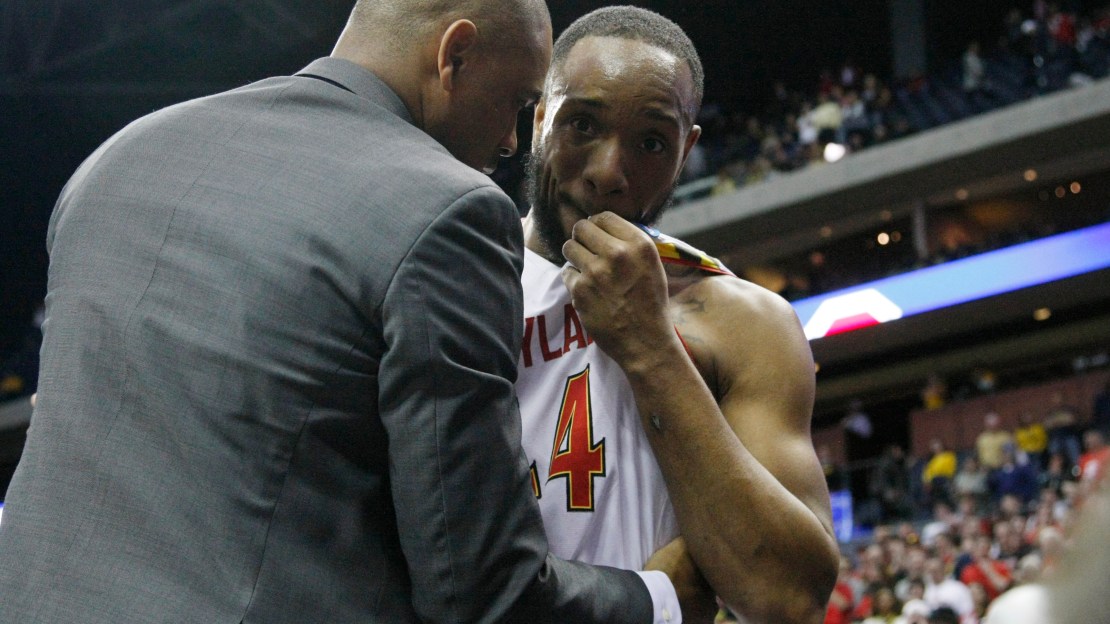 Get Tom Dienhart's instant reaction to Maryland's loss below.

The star: West Virginia?s Devin Williams was a force, notching a double-double with 16 points and 10 rebounds. He was one of four Mountaineers in double-figures.

The stat: 23, Maryland's turnovers. Enough said. Dez Wells really struggled, committing eight turnovers in a rough senior send-off that saw him score just nine points and foul out. Wells? lay-up at the 11:35 mark in the second half made it 47-46 WVU. From there, the Mountaineers pulled away.

The key to victory: The turnovers were key to No. 5 WVU winning. The Mountaineers racked up 15 steals. Want more? West Virginia dominated on the offensive glass, grabbing 14 to help Bob Huggins? crew score 16 second-chance points. Add it all up, and that allowed the Mountaineers ample opportunity to score.

It was over when: Melo Trimble got dinged up in the second half. First, he was jarred hard by a pick. Later, he hit the floor hard after leaping in an attempt to intercept a pass. That knocked the freshman sensation out of the game with 8:25 left. Trimble finished with a team-high 15 points. He also paced the team with seven rebounds. What if he had not gotten hurt?

What?s next: Maryland?s season is over, finishing 28-7. But, the Terps? Big Ten debut was a success. Picked by most to be a second-division team, Maryland finished second, earning a No. 4 NCAA seed and winning its opening game. The Terrapins will lose Evan Smotrycz and Dez Wells.

Notable: WVU is in the Sweet 16 for the first time since 2010, when it went to the Final Four. The Mountaineers? foe? No. 1 Kentucky.