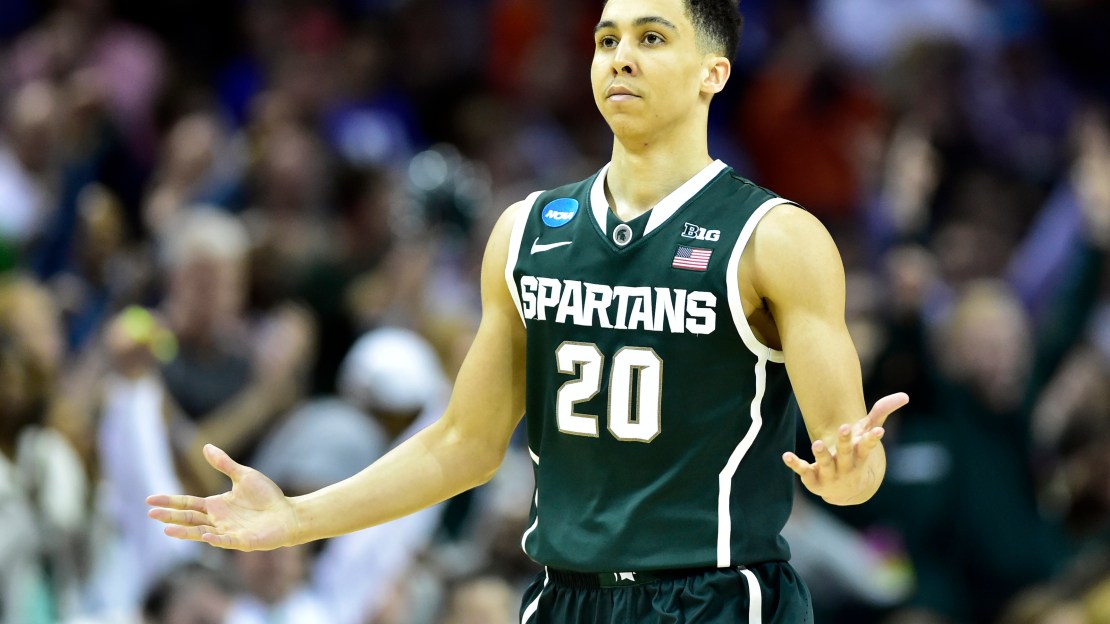 It's not the Sweet 16 without Michigan State, right? The Spartans took down Virginia on Sunday for the second time in as many seasons to advance to their fourth consecutive Sweet 16 and the seventh in the last eight years.

Get Tom Dienhart's rapid reaction to Michigan State's win over Virginia below.

[ MORE: Check out all of our NCAA tournament coverage ]

The star: Travis Trice was ultra-clutch in this one, hitting 7-of-15 shots (4-of-8 from 3-point land) for a game-high 23 points. The 6-0 senior also had three assists, as No. 7 Michigan State knocked out No. 2 Virginia from the Big Dance for the second season in succession. The Cavaliers were a No. 1 seed last season.

The key to victory: Michigan State led 23-18 at halftime, the lowest scoring half in the 2015 NCAA tourney to date. MSU shot 45 percent; UVa shot 26.7. The Spartans were hurt by two early fouls on Denzel Valentine, who scored no points in the opening 20 minutes. But despite not having Valentine for an extended stretch, MSU still led at intermission. Credit the offensive balance of the Spartans, who had Branden Dawson finish with 15 points to make up for Valentine?s four-point effort. Dawson also had nine rebounds and four blocks.

HIGHLIGHT: Block leads to a boom for Michigan State! http://t.co/Cs0lVjzwB7

What?s next: The Spartans are showing that their No. 7 seed was too low, as they are off to the Sweet 16 with a good chance to reach the Final Four when you consider No. 1 Villanova has been knocked out of the East bracket. This is the first time since 2004 that a No. 1 and No. 2 seed from the same region failed to reach the Sweet 16. MSU will play the winner of No. 3 Oklahoma and No. 11 Dayton game.