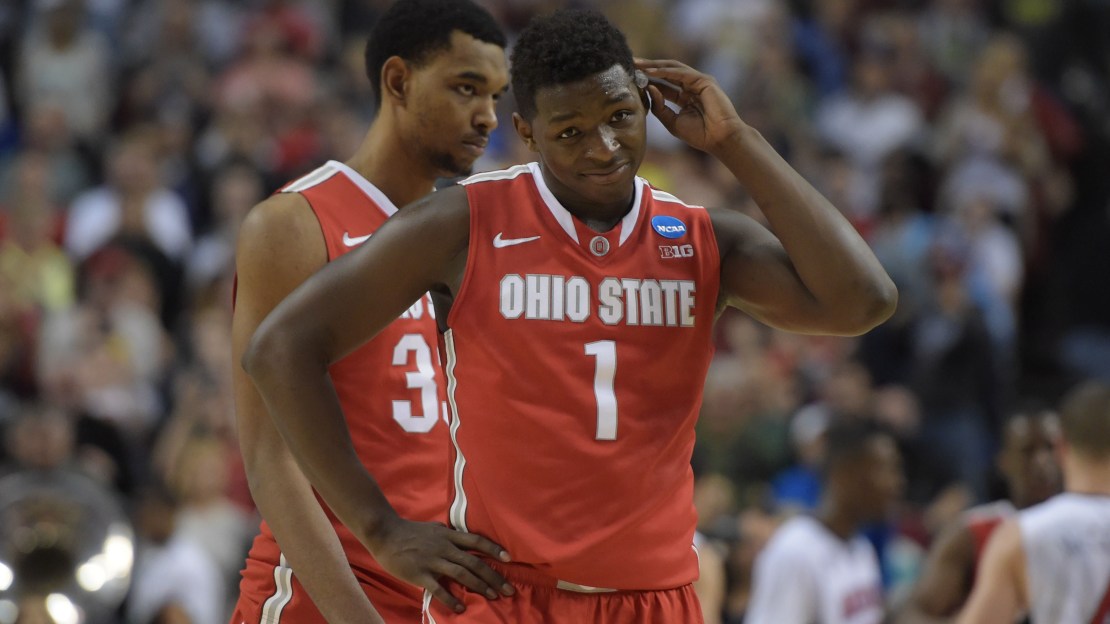 (AP) Gabe York made five 3-pointers and finished with 19 points, T.J. McConnell also scored 19 points and second-seeded Arizona advanced to the Sweet 16 for the third straight year with a 73-58 victory over 10th-seeded Ohio State on Saturday.

[ MORE: Track every NCAA tourney game on our scoreboard ]

The Wildcats (33-3) overcame a sluggish start until their outside shooting busted the Buckeyes' zone defense, which they rarely used during the regular season but broke out for the NCAA Tournament. The Pac-12 champions went ahead by 15 points with 6:34 remaining and held off Ohio State (24-11) in the closing minutes.

Arizona will face the winner of Xavier-Georgia State in the West Regional semifinals Thursday in Los Angeles.

The Buckeyes gave the Wildcats all they could handle, even with standout freshman and likely NBA lottery pick D'Angelo Russell struggling with his shot. Russell scored nine points and made just 3 of 19 shots after going for 28 points in Ohio State's overtime win over VCU in its tournament opener.

Russell had seven rebounds and six assists in what was probably his final collegiate game. He wore a bandage to cover the five stitches he received above his left eye after taking an elbow in Thursday's game and spent the final minutes on the bench listening to Arizona's fans chant "U-of-A!" as their team ran away.

Sam Thompson added 18 points and Shannon Scott scored 10 for the Buckeyes, who led by six points in the first half but never could match Arizona's size. The Wildcats won the rebounding battle 43-26.

It was sweet redemption for the Wildcats and coach Sean Miller, who lost on a last-second shot to Ohio State in the regional semifinals two years ago. And it was the first time in three tries Miller beat close friend and Ohio State coach Thad Matta, who also handed Miller's Xavier team a last-second defeat in the 2007 tournament.

The Wildcats remain on track for another revenge game: a rematch against Wisconsin in the regional final. The Big Ten champions, who eliminated Arizona in last year's regional final, are the top seed in the West.

And if they can continue to turn in these types of performances, the Wildcats like their chances.

Miller had pleaded with his team to improve its defense after beating Texas Southern 93-72 in its opening game. Arizona answered its coach's call, though the offense took longer to come around this time.

The Wildcats looked slow and stagnant most of the first half against Ohio State's smothering zone. In the second half, they worked the ball at a blistering pace and started hitting shots from outside.

York hit four 3-pointers during one stretch. He finished 5 of 9 from long range to help Arizona go up 59-44 with 6:34 to play during the clinching stretch.