Tonight on BTN: No. 1 Minnesota vs. No. 3 Michigan in Big Ten tourney final 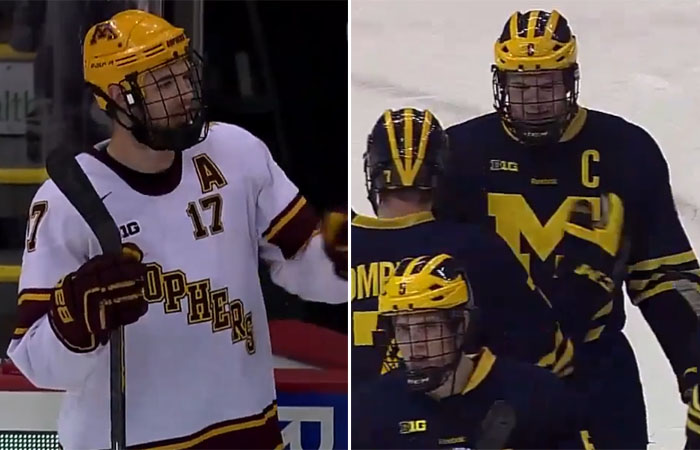 The #Wolverines & #Gophers will face off for the 2015 #B1GTourney title. The puck drops at 8pm ET on @BigTenNetwork. pic.twitter.com/rHG3EKAK5k

The 2015 Big Ten Hockey Tournament championship game is set, and it will be No. 1 Minnesota vs. No. 3 Michigan.

The Gophers, the Big Ten regular-season champ, earned a first-round bye and shut out Ohio State, 3-0, on Friday to advance to the title game; the Wolverines knocked off Wisconsin, 5-1, in the quarterfinals and Michigan State, 4-1, in the semifinals.

The two teams split the season series, 2-2, with Michigan taking both games in the 24th annual Mariucci Classic in January and Minnesota sweeping a February series at Mariucci Arena.

Follow @B1GHockey for all of your updates and news from Joe Louis Arena.