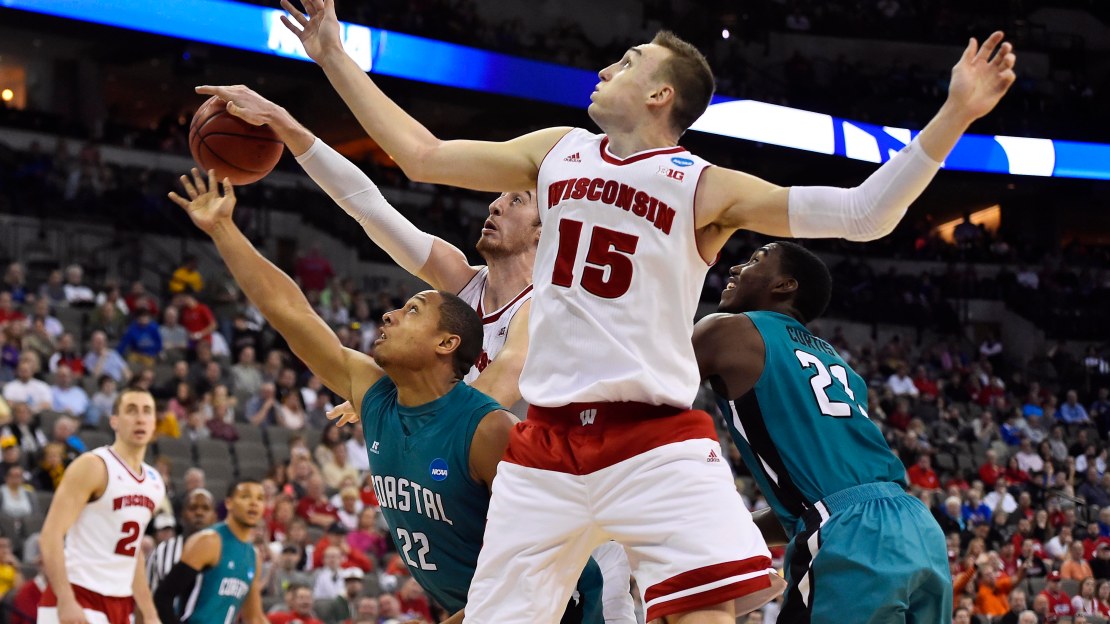 Wisconsin senior Frank Kaminsky had 27 points, 12 rebounds and four assists in a commanding 86-72 win over Coastal Carolina in a NCAA Tournament second round matchup on Friday night.

The star: Frank Kaminsky fulfilled his billing as the Big Ten Player of the Year, scoring a game-high 27 points on 10-of-14 shooting. The 7-foot senior also had 12 rebounds and four assists. He added a block for good measure. In a word, Kaminsky was sensational.

It was over when: The moment Coastal Carolina?s bus rolled up to the arena in Omaha. The Chanticleers had no shot. None. Zip. Nada. It was 47-32 at halftime. Wisconsin senior point man Traevon Jackson was held out again. But, he wasn?t needed.

What?s next: The Badgers will take on No. 8 Oregon. Wisconsin knocked off the Ducks in last year?s tourney, 85-77, to advance to the Sweet 16. Kaminsky had 19 points to lead the way for the Badgers.

Notable: Wisconsin set a school record with its 32nd win, as the Badgers are in the tournament for the 17th straight year.

With tonight's win, Wisconsin becomes the first #B1G team with 32 or more victories since OSU had 34 wins in 2010-11 pic.twitter.com/i7sDx4nrHf