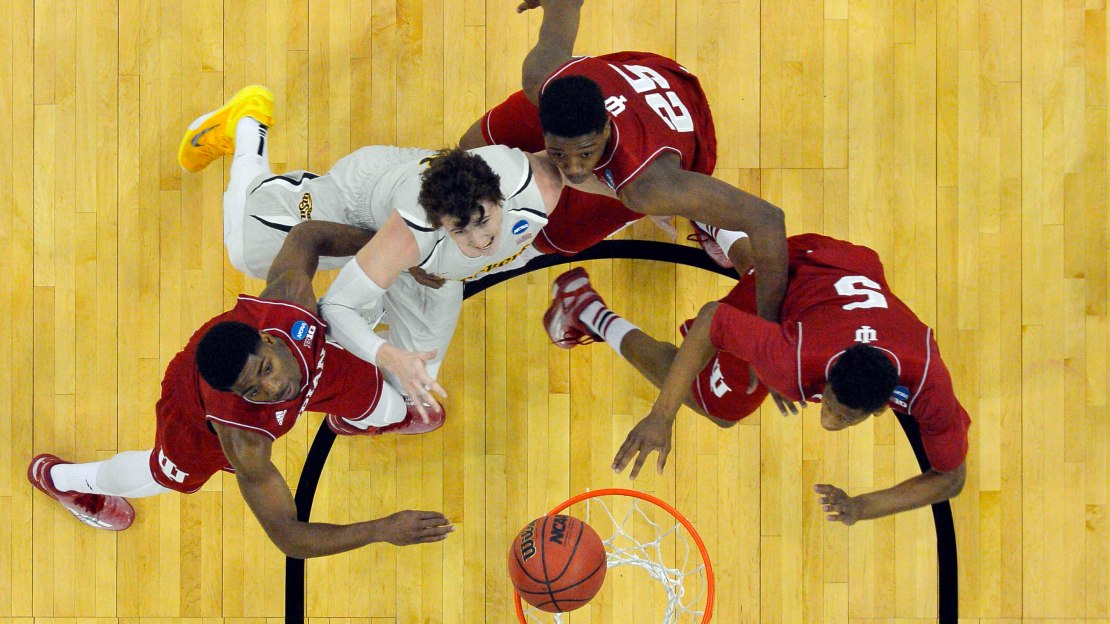 Kevin "Yogi" Ferrell scored 24 points, but it was not enough as Wichita State defeated Indiana 81-76 in a second round NCAA Tournament matchup on Friday.

The star: Yogi Ferrell did his part, notching 24 points on 7-of-15 shooting (4-of-6 from 3-point land) with three assists. But it wasn?t enough for the Hoosiers to get by No. 7 Wichita State, as Shockers point man Fred VanVleet was better than Ferrell with a career-high 27 points.

The stat: The Hoosiers were sloppy with the ball, losing the turnover battle 13-7. The Shockers were able to get out in transition for some easy baskets. And when they weren?t doing that, the Shockers were dominating in the paint for easy hoops. That made up for Wichita State?s poor shooting from 3-point range (2-of-13, 15.4 percent).

The key to victory: Wichita State?s ability to get the ball inside often resulted in fouls. And the Shockers made IU pay by hitting 29-of-34 freebies (85.3 percent). Indiana also shot well from the charity stripe with an 85 percent success clip. But WSU made more free throws (29) than Indiana attempted (20).

It was over when: This was a back-and-forth game throughout, with the lead changing hands on several occasions and neither school able to gain much of an edge. IU led at the half, 39-36. WSU led by six with 6:50 to go and looked primed to cruise to victory. But the Hoosiers battled back to cut the lead to two, 78-76, with 32 seconds left after Ferrell hit a couple of free throws. Wichita State took over down the stretch, as Indiana failed to score the rest of the way (two missed shots and a turnover) and the Shockers iced matters with three free throws. WSU's Ron Baker was money from the line in crunch time, sinking 7-of-8 in the final two minutes.

What?s next: Indiana? season comes to end after the Hoosiers just sneaked into the NCAA tourney, finishing 20-14 in a largely disappointing season. It will be interesting to see if Ferrell returns for his senior season. And what does the future hold for Tom Crean? It will be a fascinating offseason in Bloomington.

Notable: IU went one-and-done for the first time since 2008, when it lost to Arkansas.