Big Ten links: A look at the headlines after NCAA tourney's opening day 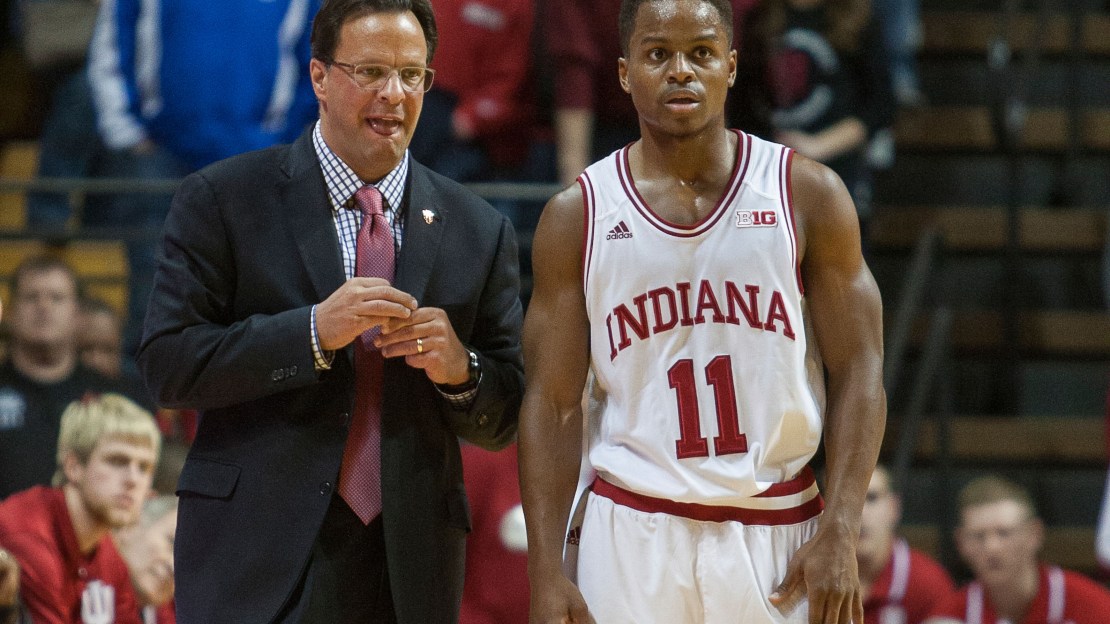 Ready for Day Two of the Big Dance after a dizzying opening salvo that included upsets and drama galore? The Big Ten went 1-1, with Ohio State winning in OT and Purdue losing a crusher in OT. Today, five Big Ten teams are up, led by No. 1 seed Wisconsin. SBNation.com lays out how the Badgers will win the national title. Hey, you've got to like Wisconsin?s chances. Let's look at a bunch of Friday morning headlines in this post.

Zach Osterman of IndyStar.com points out that just two Hoosiers have suited up for an NCAA tournament game; one of them has played seven total minutes in the Big Dance.

Nice win by Ohio State on Thursday night, finding a way to prevail in an overtime game vs. a higher-seeded VCU team was impressive. D?Angelo Russell was as good as usual-bloodied, battered and bodacious. But the Buckeyes got a lift from an unexpected source: freshman Keita Bates-Diop. That?s how you advance in the NCAAs.

Up next: No. 2 Arizona on Saturday. Hey, keep on dreaming, Ohio State. The way this tourney is going, anything seems possible.

Purdue knows all about the heartache of March, blowing a 7-point lead with less than a minute to go before losing in overtime to Cincinnati. This one is gonna leave a mark.

It was the program?s first opening-game NCAA loss since 1993, ending a 14-game streak. Now what? Senior Jon Octeus is gone. And junior A.J. Hammons may bolt. Still, the Boilermakers have much to be proud of following a season that exceeded most everyone?s expectations.

This is some nice footage of a ?dunk contest? by Michigan State at practice yesterday.

The Michigan offensive line has had issues in recent years. But the unit could be stout this season. And one of the anchors will be Mason Cole, a Freshman All-American tackle last year who has been working out at center.

Penn State had its Pro Day. Check out this photo gallery.

The school also announced plans for a $2.3 million upgrade to the press box and the Lasch football facility. Let me be the first to say: This press box NEEDS an upgrade–badly

Steve Sipple of the Lincoln Journal Star says Nebraska?s QB play will have to be OK for now.

"We have a lot to learn, if we're going to do a little more drop-back passing, about reading coverages and knowing where to go with the football faster," Mike Riley said. "I think that's probably what strikes me. They've got to see it quicker and get the ball out faster.

"Otherwise, we're going to get sacked a lot."

The cry for better facilities at Rutgers is growing louder, as women?s hoops coach C. Vivian Stringer has been VERY vocal about it of late.

"I wish more people could say it," Stringer said this week.?I said it before so I suspect that people will have a whole lot to say. 'Well, just be happy with what you've got. You're not happy.' No, that's not it. I want to win championships. (New facilities) are not it by itself. But it doggone sure helps when you're talking about a 17-year old kid. It helps. So doesn't everybody realize that?"

When the most prominent coach on campus speaks out, it should garner some attention to the subject.