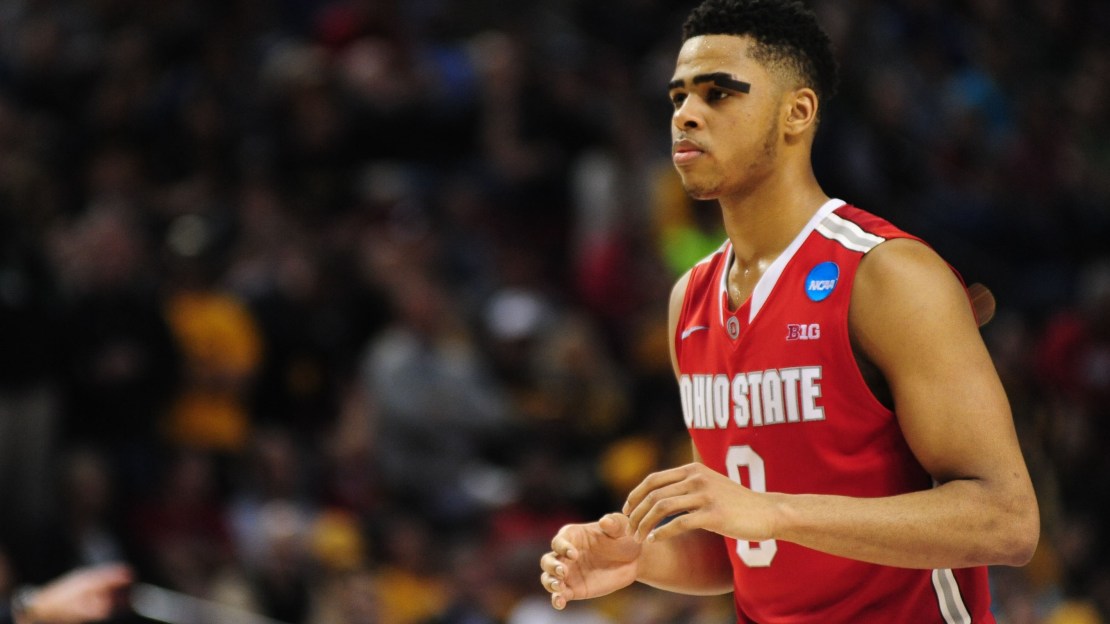 Ohio State freshman D'Angelo Russell is one of the most exciting players in college basketball.

The Buckeyes' fantastic freshman put on a show again on Thursday, this time on the biggest stage of his young, college basketball career.

Russell scored a game-high 28 points in the Buckeyes' 75-72 win over VCU, which puts him No. 1 on Ohio State's all-time freshman scoring list. It also marked the third highest point total by a Big Ten freshman in NCAA Tournament history.

But as good as Russell's scoring numbers were on Thursday, it was a play with just over a minute remaining in overtime that had the social media world buzzing.

Here?s top-five prospect D?Angelo Russell showing why we can?t wait to see him in the pros. http://t.co/KBFeVApVn7 https://t.co/0NbDTk2SvI

Earlier in the game, Russell caught an elbow from a VCU defender, which gave him a cut above his eye and caused him to come out of the game to get it taped up.

That also had the internet buzzing. Here's a photo of the cut, compliments of @ForTheWin.

What a talent, and what a tough kid.