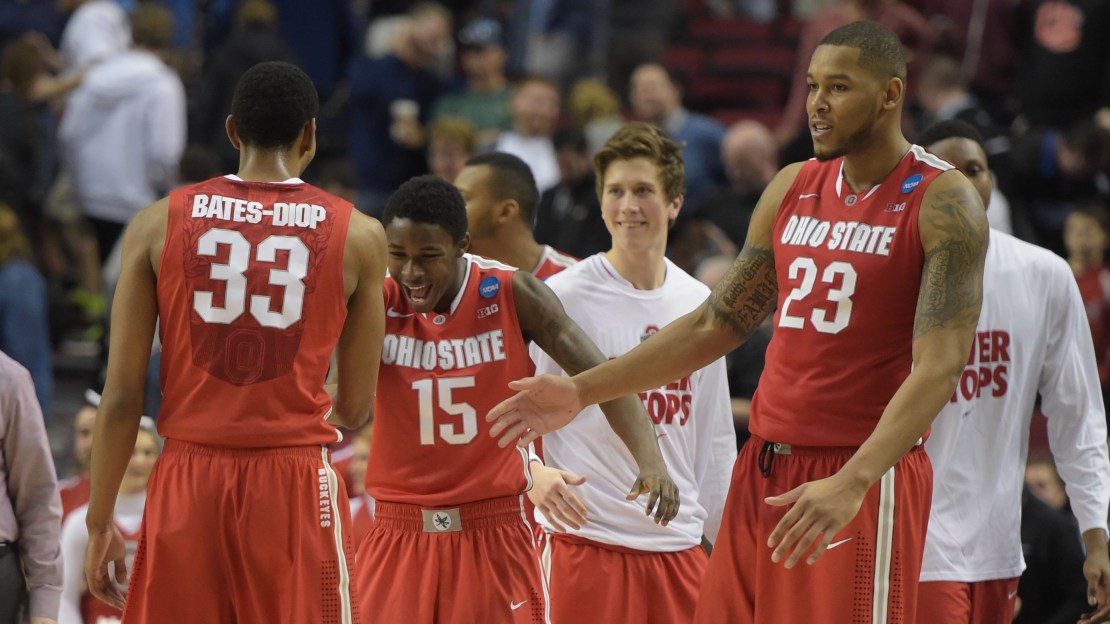 Here is an instant reaction on the game from BTN.com senior writer Tom Dienhart.

The star: D?Angelo Russell played as good as advertised, scoring 28 points in the overtime win vs. VCU. Russell hit 10-of-20 shots and had six rebounds. Ohio State trailed by as many as 12 points in the first half before making a 16-5 run to cut VCU?s lead to 30-29 at intermission. Russell and the Buckeyes eventually got a handle on the Rams? ?havoc? defensive pressure, time and again getting to the hoop for easy baskets. A switch to a zone defense helped fuel the Buckeye surge. OSU eventually held the lead in the second half and prevailed in overtime.

The stat: Ohio State struggled from the free-throw line, hitting just 13-of-22 shots (59 percent). The Buckeyes also were beaten on the boards by the smaller Rams, 37-32. But OSU shot 49 percent overall and 40 percent from 3-point territory. That helped make up for those deficiencies.

The key to victory: OSU committed just 11 turnovers, as the athletic Rams were unable to disrupt the Buckeyes and get many easy baskets. It was also key that Amir Williams chipped in with 13 points. The big fella hasn?t been a consistent force for much of the season. But his contributions today were huge. Ohio State outscored VCU, 40-22, in the paint. The Buckeyes entered the game averaging 33.6 points per game in the paint, which is the higher total in the Big Ten. Credit Williams.

It was over when: After VCU missed a 3-pointer, Russell hit two freebies to notch the win in overtime in a game that featured many ebbs and flows.

What?s next?: Ohio State will take on No. 2 Arizona in the next round, which will be a formidable challenge.

Notable: Russell scored 28 points, the third most by a Big Ten freshman in NCAA Tournament history.