Dienhart: NCAA Tournament from A to Z, Big Ten style 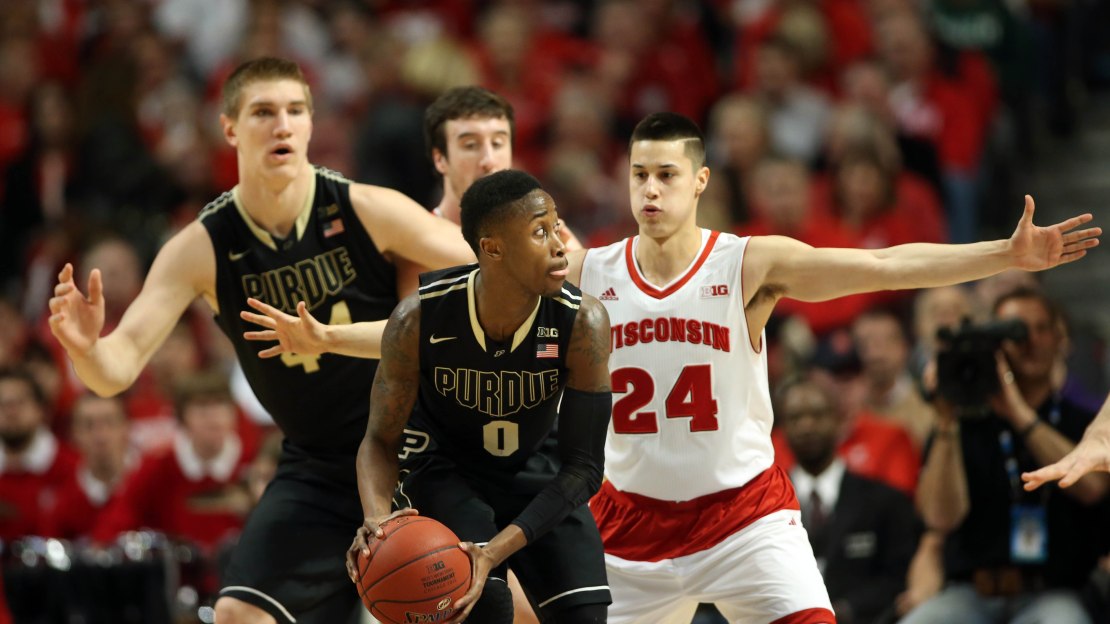 It's that special time of the year… The NCAA Tournament has arrived.

Here is my annual NCAA Tournament list, from A to Z ? Big Ten style:

A is for Aaron, as is in Iowa?s Aaron White. He enters the Big Dance as one of the nation?s hottest players, scoring over 20 points in each of the last five games.

B is for Brick, which what Michigan State does at the free-throw line. The Spartans are last in the Big Ten with a 62.7 free-thrown percentage. Will this be MSU?s undoing?

C is for Crean, as in Tom Crean. The Indiana coach is one of two Big Ten bosses with a Final Four of his resume who will face a coach with a Final Four on his resume in the opening game. Crean will battle Wichita State?s Gregg Marshall. Ohio State?s Thad Matta will take on VCU?s Shaka Smart.

D is for Duke, which is the alma mater of Buffalo coach Bobby Hurley, whose team may be waiting for former ACC member Maryland in the third round.

E is for Elite Eight. Don?t be shocked to see two Big Ten teams land there: Wisconsin and Michigan State

F is for Fifteen, the number of years since the Big Ten had a national champion. You have to go back to 2000, when Tom Izzo?s Spartans cut down the net.

G is for Gone, which is what the coach of second-round Purdue foe Cincinnati is. Bearcat boss Mick Cronin was diagnosed with a brain aneurysm and was told to step away and rest for the remainder of the season. Associate coach Larry Davis leads the Bearcats.

H is for Hungry, which is what Iowa is. This program hasn?t won an NCAA tourney game since 2001, when it beat Creighton in a first-round game before falling to Kentucky. Since then, the Hawkeyes are 0-3.

I is for Isaac, as in Purdue monolith Isaac Haas, quite possibly the biggest human in America. He?s listed a 7-2, 297. But, I?d swear he?s bigger. He makes fellow Boilermaker A.J. Hammons look small.

J is for Jackson, as it Traevon Jackson, the Wisconsin senior point guard who has been out since Jan. 11 with a foot injury. He?s practicing again and presumably will play sometime in the Big Dance. Will Jackson?s return upset the Badgers? championship balance?

L is for Little guy, as in mid-major powers. The Big Ten will see several in the second round of the Big Dance-VCU (Ohio State), Davidson (Iowa), Wichita State (Indiana). VCU (2011) and Wichita State (2013) have made recent Final Fours. And Davidson reached the Elite Eight in 2008.

M is for Marvelous, which is what Purdue has been in opening NCAA games. The Boilermakers have won their last 14 opening games in the Big Dance, last losing their initial game in 1993 to Rhode Island.

N is for Naptown, the nickname for Indianapolis, site of this year?s Final Four. It?s also the city the Big Ten last won the national championship in, with Mateen Cleaves and the Spartans cutting down the nets.

O is for One, as in One and Done, which may be the fate of several Big Ten teams that face daunting potential third-round matchups. I?m looking at you, Purdue (Kentucky), Ohio State (Arizona), Indiana (Kansas) and Iowa (Gonzaga).

P is for Phenom, which is what Ohio State freshman D?Angelo Russell is. He averages 19.3 points and 5.6 rebounds and is an underrated passer and big-shot maker who can take over a game. Russell has eclipsed the 20-point march 14 times this season.

Q is for Quake, which is what the court typically does when Iowa?s Fran McCaffery is roaming the sidelines for game. No coach brings more-ahem-intensity to his job.

S is for Spartans, who have a growing band wagon. Michigan State has won 10 of its last 14 games, including a push to the Big Ten title game.

T is for Tank, as in Frank the Tank Kaminsky. The Wisconsin 7-footer is a do-it-all talent who must excel if the Badgers want to win the national title.

U is for Underseeded, which is what Maryland is as a No. 4. The Terrapins deserved better. Now, it?s time to show the NCAA Committee it was wrong.

V is for Virginia, which figures to be Michigan State?s foe in the third round. The Cavaliers flirted with a No. 1 seed most of the season before falling to a No. 2. This could be one of the best third-round clashes on the docket.

W is for Wisconsin, the Big Ten?s best hope to win the national championship. The Badgers reached the Final Four last year, where they lost to Kentucky by a point.

X is for Xavier, which could meet in-state chum Ohio State in the Sweet 16. The Buckeyes got knocked out of last year's tourney by in-state Dayton.

Y is for Yogi, as in Yogi Ferrell. The last time we saw Ferrell in an NCAA tourney game, he was getting stifled as a freshman back in 2013. In third-round and Sweet 16 games vs. Temple and Syracuse, Ferrell went a combined 0-for-4 with no points, four turnovers, two rebounds with an assist and steal.

Z is for Zags, as in Gonzaga, the likely third-round opponent for Iowa, if the Hawkeyes win their opener. The Zags came close to earning a No. 1 seed.