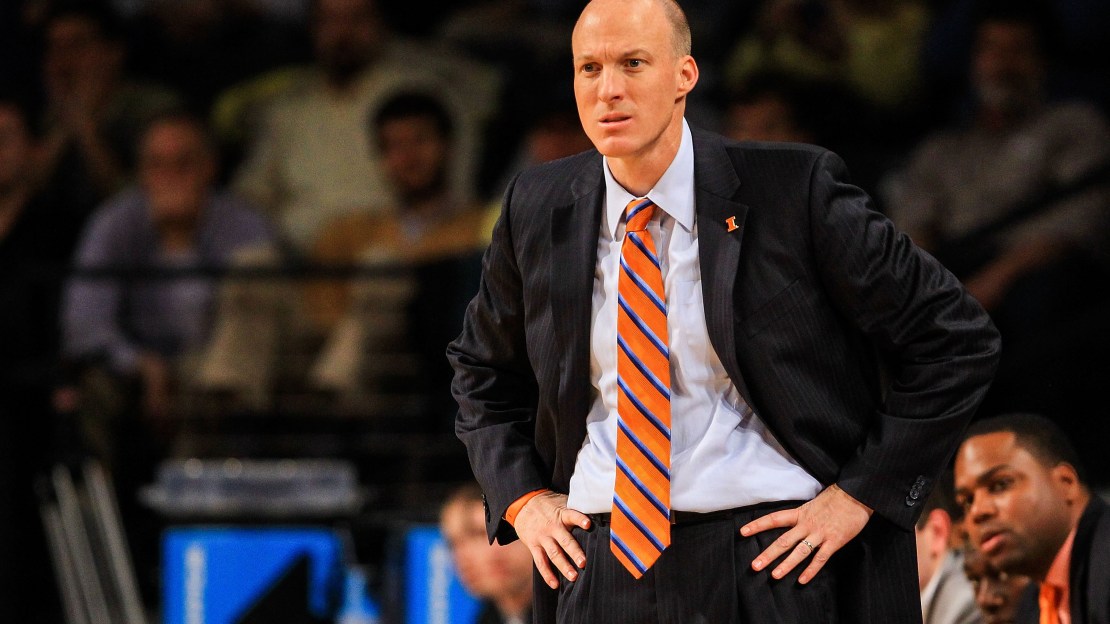 This is not how Illinois wanted to end its hoops season. I?m speechless after that effort at Alabama in the NIT opener.

This team tanked badly down the stretch with an NCAA bid on the line, losing a must-win regular-season finale at Purdue ? losing a must-win Big Ten tourney game vs. Michigan ? losing at Alabama in the Illini?s poorest effort of the season. Oh, well. There?s always tomorrow.

With March Madness here, check out these 10 videos of great shots from the past that make the NCAA tourney the zany event we all love. Thanks to Bill Livingston of Cleveland.com.

Lots of good choices. My fav? I still never will forget the full-court dash by UCLA?s Tyus Edney that beat Missouri on the way to a national title for the Bruins. Edney made the Tigers look like traffic cones.

Wisconsin?s Traevon Jackson is back at practice. And, that?s a good thing. The senior point man has been out since Jan. 11 with a foot injury.

Jeff Potrykus of the Milwaukee Journal Sentinel says it remains unclear if he will be able to play when Wisconsin opens the NCAA Tournament against Coastal Carolina on Friday in Omaha, Neb.

"Right now I'm not there yet but each day I feel better," Jackson said. "I feel stronger as I keep going. I'm not going to rush back….

Brendan Quinn of Mlive.com takes a look at the memorable NCAA moments from schools in the state of Michigan.

I recall watching Earl Boykins and Eastern Michigan back in 1996 in the RCA Dome in Indianapolis take down Duke. It was glorious.

Crean said after Indiana lost to the Wildcats that Demps could be an NBA player and he noted that their goal in the second game against NU was to zero in on Demps.

Bad news at Michigan State: RB Delton Williams has been suspended from the team for after being charged with brandishing a weapon in public.

Evans was a ballyhooed recruit from Wisconsin who could make a big impact this fall. How much Evans plays, and to what extent he contributes, will be determined by how he fares in spring drills which begin on March 24.

"He's a young man that can control the middle of the field and draw the double team," Spartans defensive line coach Ron Burton said last week on "The Griff and Grinz Show" on Lansing's 92.1 FM, The Team.

"I don't want to jump the gun, but he has the ability," Burton said.?He's a kid that at 325, 330 (pounds) with great feet and great size. His continued experience this spring will be crucial for him, but we expect him to be in the rotation."

Yesterday, we brought you five Penn State offensive players to watch in the spring from Greg Pickel of Pennlive.com. Today, we have five defensive players to keep an eye on, as the Nittany Lions open drills on Friday.

A chief question: How will MLB Mike Hull be replaced? Pickel says Jason Cabinda, entering his sophomore year, seems the most likely candidate to start inside after he made 17 tackles in eight games as a true freshman. But junior Gary Wooten is back as well, as is Troy Reeder.

Rick Brown of HawkCentral.com has assembled a ?dream team? of players from the state of Iowa who are partaking in the NCAA field. And, I must say, it?s an impressive collection of talent.

Brown points out that the state of Iowa has one NCAA Tournament men's basketball team for every 1.03 million citizens, making it the nation's per-capita leader. Iowa is one of only eight states to have at least three schools in the 68-team field. Six of them are among the 10 most populous states in the nation.

BTN?s Gerry DiNardo recently took in a Nebraska spring practice. He talked about the Huskers in a recent radio interview on ?The Bottom Line? in Omaha.