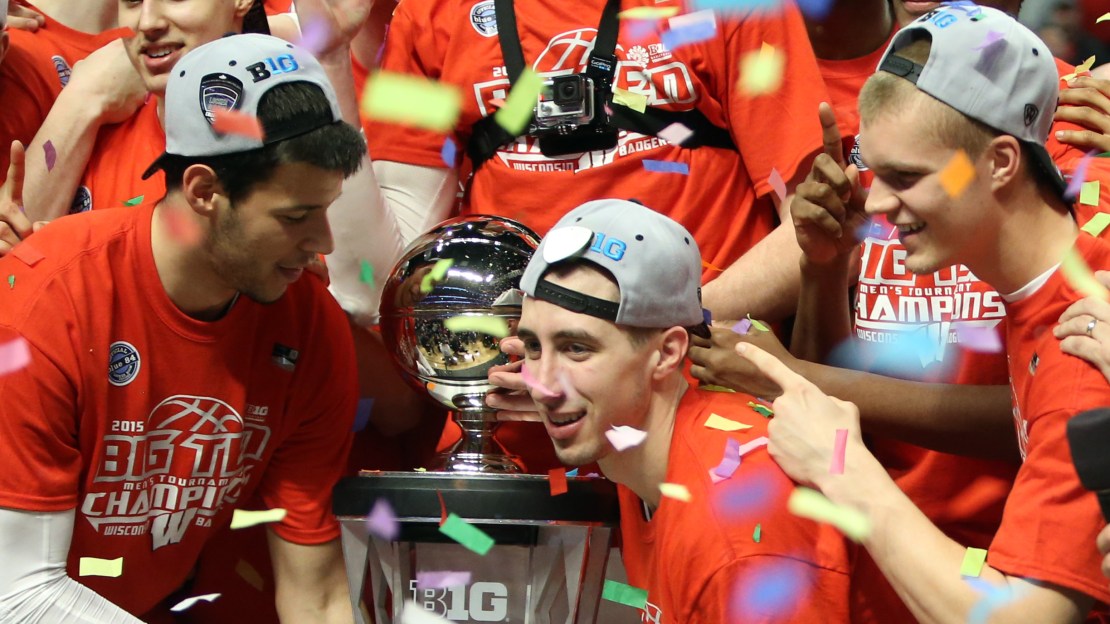 A season after a memorable Final Four run, Wisconsin is a No. 1 seed for the first time in program history.

Like last season, the Badgers are in the West Region, and they could meet a couple of the same foes (Oregon and Arizona) on their way to another Final Four.

Get my Wisconsin NCAA tourney capsule below.

Best-case scenario: National championship. The Badgers already have a program record-tying 31 wins. And they want more. A lot more. Wisconsin entered the season as a marked team, the prohibitive favorite to win the Big Ten. Bo Ryan?s crew delivered on those massive expectations and capped a regular-season title with a Big Ten tourney championship to earn the program?s first No. 1 seed. No. 16 Coastal Carolina will be a mere speed bump in Wisconsin?s quest to return to the Final Four. No. 8 Oregon figures to loom in the next round. No. 4 North Carolina should be waiting in the Sweet 16; And No. 2 Arizona figures to be the Elite Eight obstacle. Win all of those, and No. 1 Kentucky likely will be the foe in the Final Four. A meeting with the mighty Wildcats would give Wisconsin a shot to avenge last season?s 74-73 loss to UK in the 2014 Final Four when the Badgers were a No. 2 seed. If seeds hold, Wisconsin?s foe in the national title game could be either No. 1 Villanova or No. 1 Duke, which won in Madison earlier this season. UW?s run could get a boost from the return of Traevon Jackson from a foot injury that has sidelined him since Jan. 11. The senior guard may return for the second weekend of action to bolster the depth of a team that could use another body.

Key player: Frank Kaminsky was the Big Ten Player of the Year-and he may be the national player of the year. The 7-footer has guard skills, able to play facing the basket and skilled off the dribble-drive. And he also mixes a sweet jumper that extends to 3-point range with an array of back-to-the-basket moves. The senior-who averages 18.2 points and 8.0 rebounds–tops it all off with a defensive edge all of these Badgers possess. If Frank the Tank is being Frank the Tank, Wisconsin will be OK, as others like Sam Dekker, Bronson Koenig, Josh Gasser and Nigel Hayes feed off him.

Key number: 55.9. That?s the points Wisconsin allows per game. And it leads the Big Ten. For all of the offensive prowess this Badger club possess-and it may be Ryan?s best team with the ball, displaying uncanny patience with shot selection to go with ample skill-Wisconsin is always defined by its tenacious team defense. The Badgers know how to clamp down on opponents-and not foul. Couple all that with minimal turnovers, and you have a recipe for big-time success.

Know Coastal Carolina: This team is back in the Big Dance after making it last season. Despite a lack of size, the Chanticleers know how to rebound, ranking No. 6 in the nation (39.8). Warren Gillis is the Chanticleer to know, as the 6-3 senior averages 13.1 points. This is well-coached team led by veteran Cliff Ellis, who is making his 10th NCAA trip. And he has done so with four different schools-South Alabama, Clemson, Auburn, Coastal Carolina.