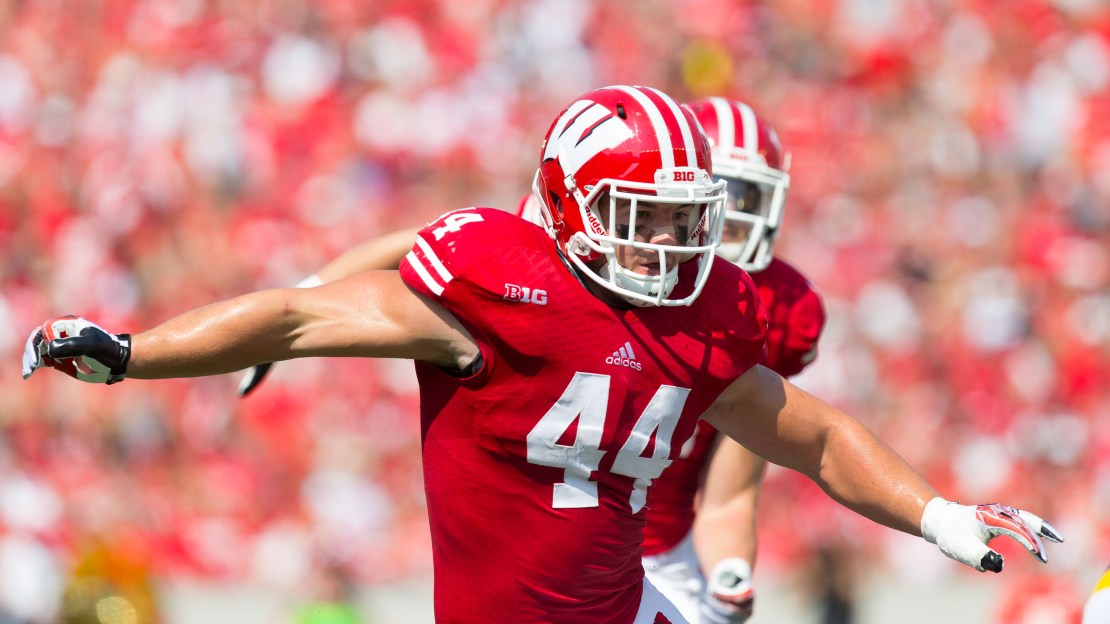 Former Wisconsin linebacker and 2013 Big Ten Defensive Player of the Year Chris Borland announced Monday night that he is retiring from the NFL over concerns about head trauma.

Borland, fresh off a standout rookie season with the San Francisco 49ers, announced the decision on ESPN's Outside the Lines.

"I just honestly want to do what's best for my health," Borland told Outside the Lines. "From what I've researched and what I've experienced, I don't think it's worth the risk."

Borland, a third-round pick in the 2014 draft, registered 107 tackles, one sack and two interceptions as a rookie last season.

Praying for you. #OnWisconsin

Happy and proud for @ChrisDec26,& thankful I got the opportunity to call him a teammate. Special athlete, but yet the best is yet to come...

@ChrisDec26 bro honored to play with you and also you being a man by making the decision a lot of people wouldn't. Congrats 2 a gr8 career

Got so much respect for you @ChrisDec26 and wish you the best in future endeavors! One of the best players I've been able to play with!

Borland is one of the toughest and smartest that I have ever witnessed play this game...Supporting his decision without question

Nothing but love and respect for you @ChrisDec26. At the end of the day there are bigger things than the game of football #priorities

It was a honor playing with Chris Borland at UW, I wish him nothing but the best!

they're going to make a 30 for 30 on Borland in the future for spearheading the head trauma issue in the NFL, have 2 respect that decision

There are a lot of things in life bigger than football...Great deal of respect to my good friend @ChrisDec26 #OnWisconsin