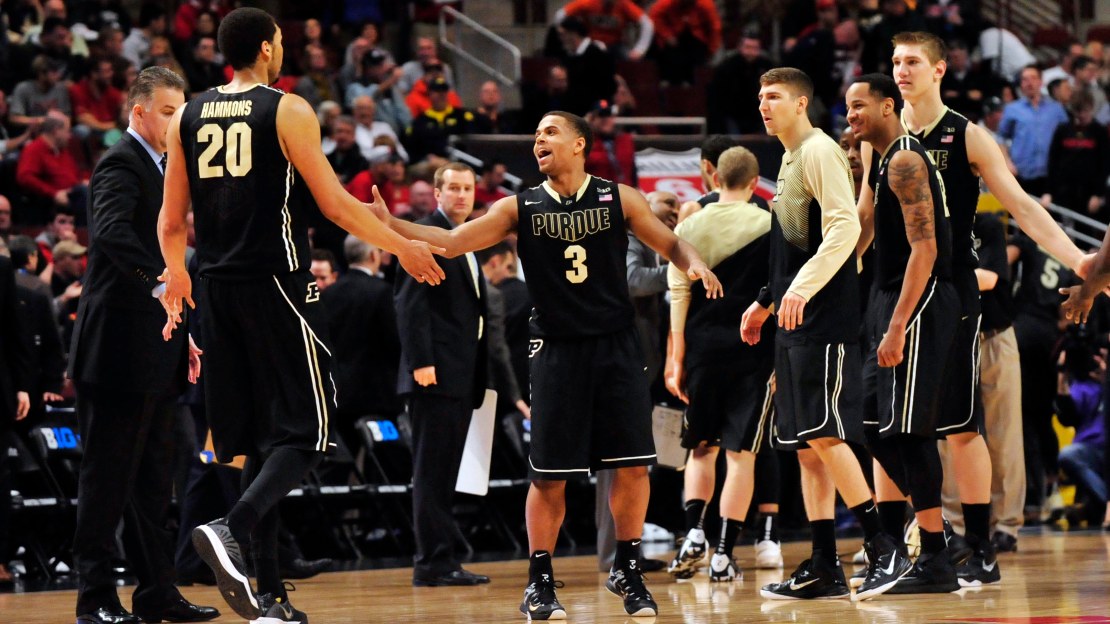 It was a fantastic turnaround season for Matt Painter and Purdue in 2014-15. One year after finishing in the Big Ten basement, the Boilermakers went 12-6 in conference, tied for third place.

Purdue's reward? A grueling NCAA tournament draw as the No. 9 seed in the Midwest Region. Win the first game against Cincinnati, and Purdue draws top overall seed and undefeated Kentucky.

Get my Purdue NCAA tourney capsule below.

NO. 9 PURDUE VS. No. 8 Cincinnati, Thursday, Louisville

Last tourney appearance: 2012, lost to Kansas in second round

Best-case scenario: One-and-done. The Bearcats have struggled to score consistently, ranking 10th in the American Athletic Conference in (62.4 ppg). If Purdue-which is 11-5 since Jan. 17–slips past Cincinnati, it will have the ultimate test with a date vs. No. 1 overall NCAA seed Kentucky, which is 34-0 and looking to march to the first unbeaten season in college annals since Indiana in 1975-76.

Key player: Jon Octeus. The 6-4 senior is coming off a dubious effort in a loss to Wisconsin in the Big Ten tourney semifinals, scoring as many points as his jersey number: 0. The Colorado State transfer will need to be a catalyst as one of the few Boilermakers who can get his own shot off the dribble. In short, Octeus is the proverbial straw that stirs the drink, averaging 9.6 points and 4.9 rebounds.

Key number: 173. That?s how many blocks Purdue has this season. The school record for a season in 176, set in 2009. 7-footers A.J. Hammons and Isaac Haas are an imposing tandem in the paint. Hammons has emerged as one of the league?s top big men, netting 11.8 points and 6.5 boards per game. When he?s dialed in, Hammons is difficult to stop.

Know Cincinnati: Like Purdue, Cincinnati is a tough defensive team, ranking No. 1 in the AAC in scoring defense (55.3 ppg); the Boilermakers allow 64.3 points. The Bearcats-in their fifth NCAA tourney in a row–are a deep team that has 10 players who average at least 10 minutes per game. Octavius Ellis is a 6-10 junior who averages 10 points and 7.3 rebounds. It will be fun to watch him battle Hammons. In January, UC coach Mick Cronin was diagnosed with a brain aneurysm and was told to step away and rest for the remainder of the season. Associate coach Larry Davis leads the Bearcats.