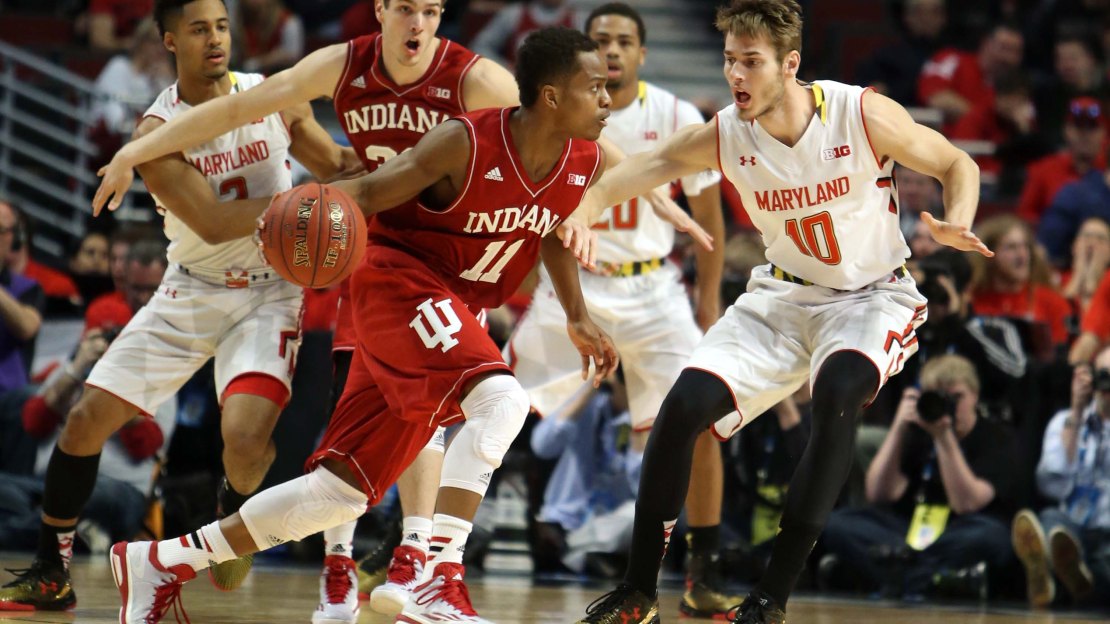 Tom Crean and Indiana are back in the NCAA tournament following a one-year absence.

The Hoosiers, the No. 10 seed in the Midwest, are in a loaded region that features top overall seed Kentucky and four other Indiana teams (No. 3 Notre Dame, No. 6 Butler, No. 9 Purdue, No. 13 Valparaiso).

Get my Indiana NCAA tourney capsule below.

Best-case scenario: One-and-done. The Hoosiers wheezed across the finish line, going 5-9 down the stretch and being one of the last teams penciled into the bracket. Their matchup with Wichita State will be a classic clash of styles. Indiana can score like few other teams, ranking No. 1 in the Big Ten with a 77.5 average; the Shockers can defend like few others, ranking second in the MVC by allowing just 55.8 points. Beat WSU, and a date with No. 2 Kansas likely looms. No matter how well Indiana is playing or feeling coming off a win vs. Wichita State, it's difficult to envision the Hoosiers slipping past the Jayhawks in a matchup between two of college basketball's iconic brands. Yes, KU is dealing with some roster issues, but Bill Self still has lots of talent for the Big 12 regular-season champs.

Key player: Yogi Ferrell. The last time we saw Ferrell in NCAA tourney games, he was getting stifled as a freshman back in 2013. In third-round and Sweet 16 games vs. Temple and Syracuse, Ferrell went a combined 0-for-4 with no points, four turnovers, two rebounds with an assist and steal. He has since blossomed into one of the Big Ten's best players, averaging 16.1 points this season and 17.3 as a sophomore. He'll need to play big.

Key number: 11.5. Indiana's turnovers per game. If the small Hoosiers are sloppy with the ball, they will have fewer possessions-and fewer opportunities to beat Wichita State with their array of outside shooters that includes star freshman James Blackmon.

Know Wichita State: Coached by Gregg Marshall, the Shockers are one of the nation's elite "mid-majors," playing in the Final Four in 2013. They entered the 2014 tourney unbeaten before falling to Kentucky in the third round to finish 35-1. WSU won the MVC regular-season crown–and lost to Illinois State in the MVC tourney–and is led by Fred VanVleet, a 6-0 guard who is like a coach on the floor.