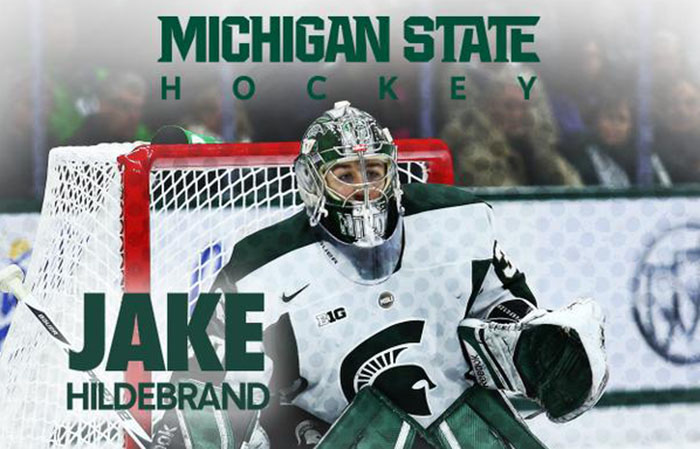 The Big Ten announced the hockey All-Big Ten teams and individual award winners on Monday, as selected by the conference?s coaches and a media panel.

Michigan State?s Jake Hildebrand was named Big Ten Player and Goaltender of the Year. For the second consecutive season, Minnesota?s Mike Reilly was tabbed the Defensive Player of the Year, which is awarded to a defenseman or forward, while Penn State head coach Guy Gadowsky was selected as the Coach of the Year. Michigan?s Dylan Larkin collected Freshman of the Year laurels, while teammate Zach Hyman was named the Big Ten Scoring Champion after leading all players in points during conference play.

UNANIMOUS SELECTION IN ALL CAPS