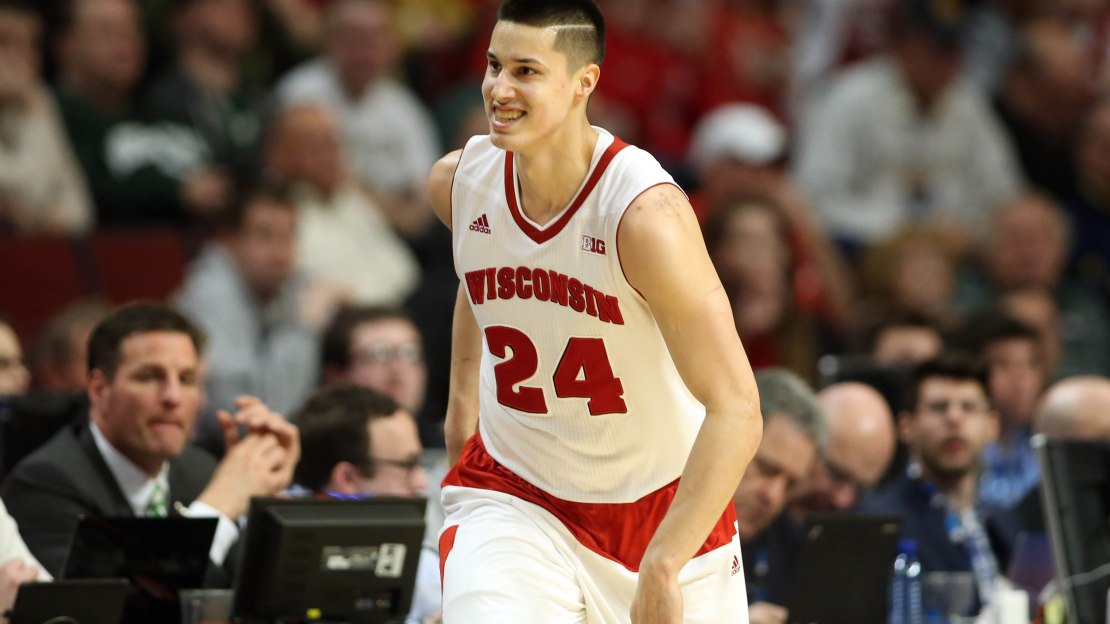 CHICAGO — The Big Ten regular-season champs are one win away from being Big Ten tourney champs, too.

No. 1-seed Wisconsin erased a five-point halftime deficit en route to running away from No. 4-seed Purdue, 71-51, in the first Big Ten tourney semifinal Saturday at the United Center.

Top star: Bronson Koenig was on fire for Wisconsin, scoring a game-high and career-high 19 points on 7-of-14 shooting. He drained three 3-pointers, as the Badgers had four players in double-figures. Koenig was equally deadly shooting from long range or driving the hoop.

Top stat: 3, turnovers for Wisconsin. It was another classic exhibition by the Badgers, who excel at protecting the ball. Conversely, Purdue had nine-with seven coming in the second half, when Wisconsin outscored the Boilers, 41-16.

Top stat line: Nigel Hayes is a do-it-all force for Wisconsin, showing his full fury of skills vs. Purdue. He had 15 points, six rebounds, five assists and two steals.

Top play: Seven-footers don't lead the break, you say? You'd be right most of the time, but very few teams have a player like Frank Kaminsky. Check out Frank doing one of the several things he does so well below.

Top dunk: A.J. Hammons set a strong tone early on with a flush. But it was a Frank Kaminsky flush late in the second half that basically summed up this game. The Badgers responded like champs, erasing a five-point halftime deficit to win by 20 points.

Top shot: This one-legged Bronson Koenig shot to beat the shot clock was nice. Are you serious?

ICYMI: If you're playing H-O-R-S-E with @BadgerMBB's Bronson Koenig, you better hope he doesn't do this. http://t.co/jKmqfaqlef #MarchOnBTN

Top picture: I'd love to experience this just once.

The finisher: Purdue battled well, taking a 35-30 halftime lead after being ahead by as many as seven in the opening 20 minutes. But Wisconsin made its classic run to open the second half, going on a 14-3 run to take a 44-38 lead. The Boilermakers closed to 46-44. But Wisconsin ran away from there, closing the game on 25-13 run. With the win, the Badgers reached the 30-win plateau for the fourth time in program history; they can tie the school record for wins with a victory in the Big Ten tourney title game.