Dienhart's rapid reaction: No. 1 Wisconsin fends off No. 9 Michigan 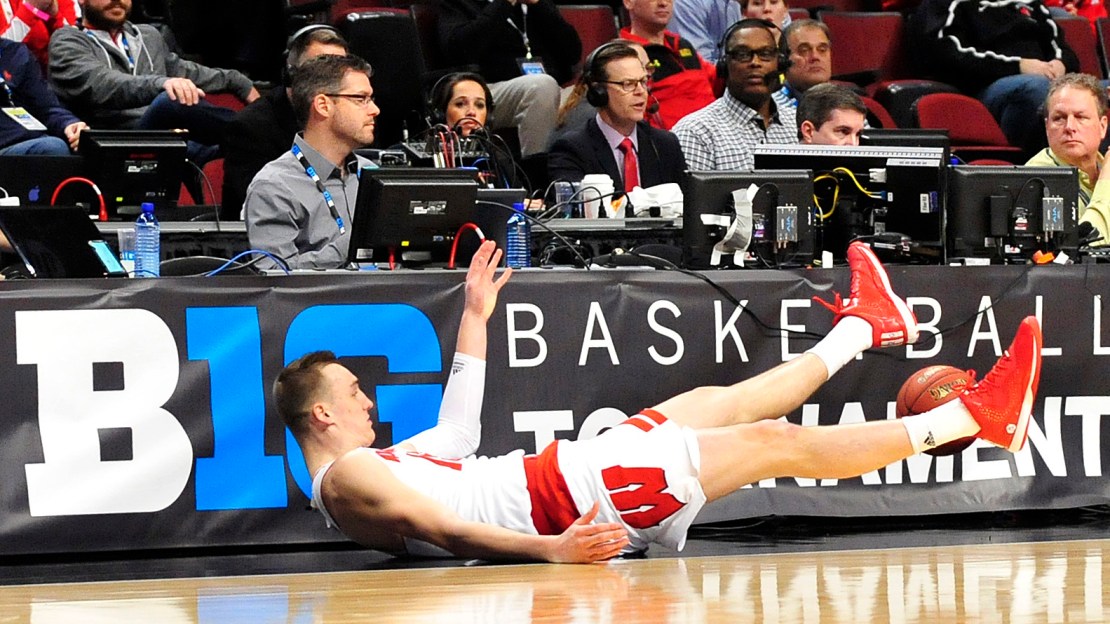 The Badgers, the regular-season Big Ten champ, took down No. 9-seed Michigan, 71-60, in a closer-than-the-score indicates game Thursday at the United Center.

Get BTN.com Tom Dienhart's rapid reaction to Wisconsin's win below.

Star player: Let?s go with Big Frank Kaminsky, who was his usual great self. The Big Ten Player of the Year had a double-double with 16 points and 12 rebounds, as the Badgers blasted Michigan on the glass-34-19.

Top stat: 0, free throws made by Michigan. The Wolverines attempted only two-and those came in the game?s dying moments. Meanwhile, Wisconsin hit 14-of-16 freebies. That helped UW overcome the Wolverines? 51.9 percent shooting and scant five turnovers.

Top stat line: Michigan?s Zak Irvin did his part, hitting 9-of-18 shots and 3-of-7 3-pointers for a game-high 21 points. He also had a team-high 11 rebounds with three assists and three steals.

Top dunk: With Wisconsin holding the slimmest of leads a little more than halfway through the second half, reserve Duje Dukan crossed over his defender, drove to the basket and threw down a highlight-reel dunk to bring the Badgers bench and fans to their feet.

Notable: Wisconsin out-rebounded Michigan, 34-to-19, including 12-to-4 on the offensive end. Zak Irvin's 11 rebounds marked his third double-digit board game of the season and accounted for 58 percent of Michigan's work on the glass. … Derrick Walton Jr. was in uniform but did not play. He has been sidelined since Jan. 24 because of a left toe/foot injury. … Wisconsin limited Aubrey Dawkins, who averaged 23.3 points in the previous three games, to five points.

.@BadgerMBB wins to advance to the #B1GTourney semifinals. #Badgers pic.twitter.com/juiX2ENKIc