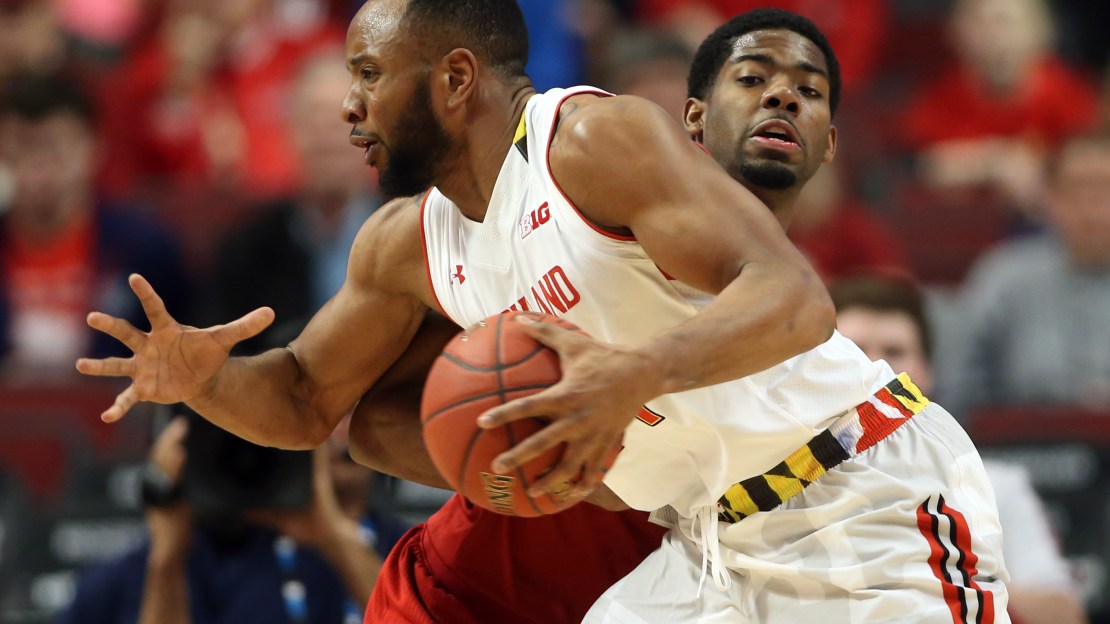 CHICAGO — No. 2-seed Maryland took down No. 7-seed Indiana, 75-69, in its Big Ten tourney debut Friday night at the United Center.

The Terrapins, who have eight straight games, will play the Ohio State-Michigan State victor in the semifinals Saturday.

Star player: Maryland?s Dez Wells was, well, Dez Wells, pouring in 22 points. Wells hit 7-of-14 shots (8-of-9 free throws) with six rebounds and two assists. The No. 2 Terrapins will move on to play the winner of the No. 6 Ohio State-No. 3 Michigan State game.

Top stat: 24, 3-pointers taken by Indiana. The Hoosiers hit just 7 (29.2 percent). Indiana also hit just 35.5 percent of its shots overall. Did the Hoosiers do enough to earn an NCAA bid? Probably, but they figure to be one of the final teams in the field and not have a good seed.

Top stat line: Nice effort in a losing cause by Indiana?s Troy Williams. He finished with 17 points, to go along with nine rebounds, two assists and two blocks.

Top dunk: This came early on. With Maryland coming on a break, Melo Trimble sprinted into the lane and dished to Damonte Dodd, who promptly stuffed the ball despite the rim being guarded. Dez Wells also had a couple (here and here) more powerful flushes.

Top block: As the tweet below reads, Dez Wells is something to watch near the basket. This block was impressive! So was this Troy Williams swat.

The finisher: This was a close battle throughout, with Maryland holding a 42-40 lead at halftime and the edge for most of the contest. But the Terps never could pull away even after building a seven-point lead with 6:21 left. The Hoosiers chipped the lead to two points on a few occasions but never could get over the hump with some big shots.