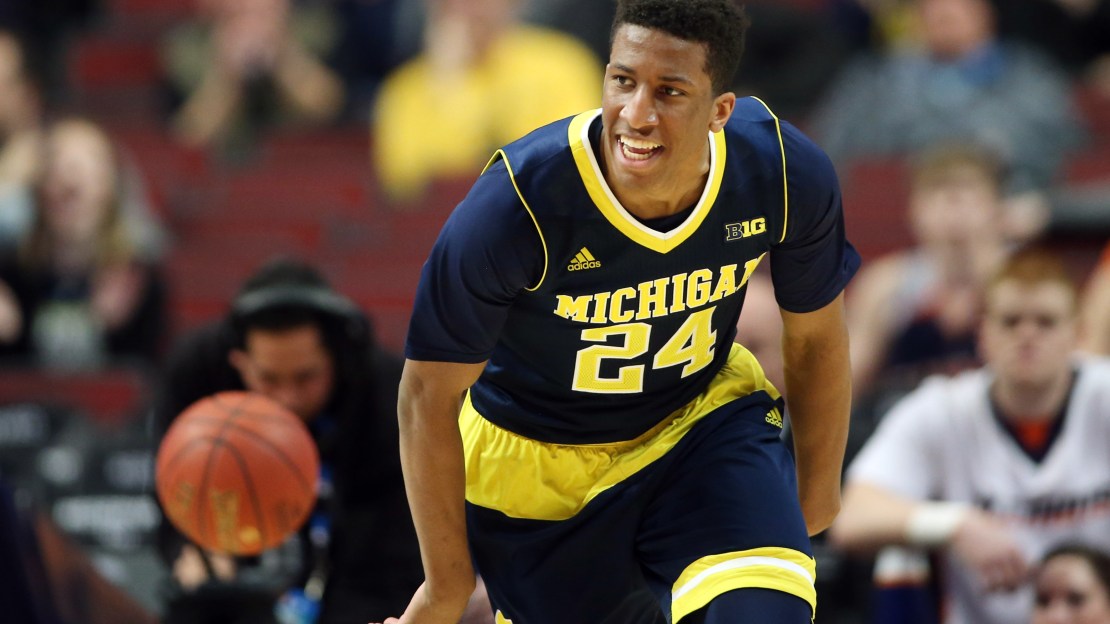 Which players compiled the top performances at the Big Ten tournament on Thursday?

There were plenty of impressive individual efforts in the day's four games, and you can see our team's All-Thursday team below.

Aubrey Dawkins, Michigan. This guy has been the Wolverines' best player as of late, and he was outstanding again on Thursday. Dawkins scored a game-high 18 points in 24 minutes while leading Michigan to a commanding 73-55 win over Illinois.

James Blackmon Jr., Indiana. This freshman standout had arguably his best game of the year in Indiana's 71-56 victory over Northwestern. He poured in 25 points, to go along with seven assists and six boards in a must-win game.

D'Angelo Russell, Ohio State. The Big Ten Freshman of the Year put up 23 points, grabbed five rebounds and dished our four assists in the Buckeyes' 79-73 win over Minnesota. What a special talent.

Shannon Scott, Ohio State. Scott was phenomenal as well on Thursday night. He poured in 21 points, dished out six assists and shot 7-of-12 from the field. Scott and Russell form the best backcourt in the Big Ten.

James Blackmon Jr., Indiana. He looked like a freshman All-American, tallying 25 points on 8-of-15 shooting (5-of-10 from 3-point range). He also had six rebounds and seven assists.

D?Angelo Russell, Ohio State. This is a role he?s familiar with. The freshman totaled 23 points on 7-of-16 shooting with three 3-pointers and six free throws in a win that will send the Buckeyes on to face No. 3 Michigan State. OSU and MSU have combined to win each of the last five Big Ten tourney titles.

Aubrey Dawkins, Michigan. The freshman can light it up. He hit 8-of-12 shots (2-of-5 from 3-point range) for a game-high 18 points. He added three rebounds and two steals.