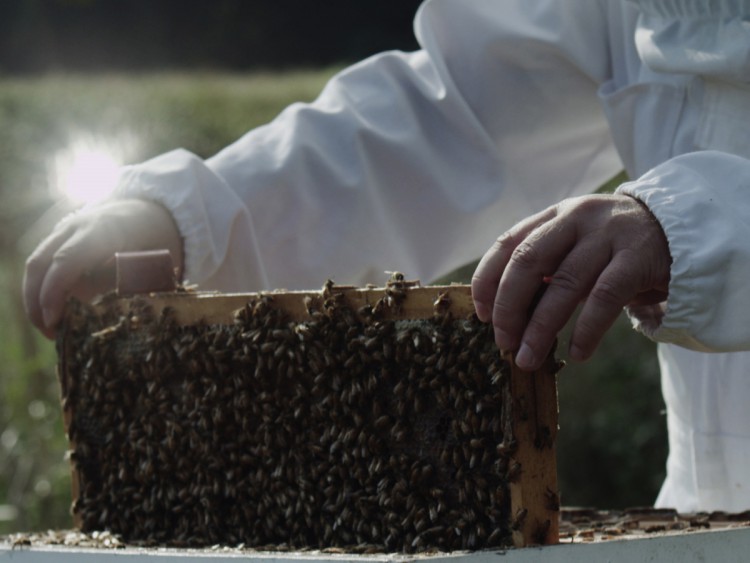 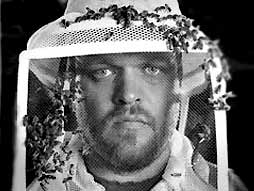 Three things almost everyone knows about bees: They make honey, they live in hives, and they can ruin a summer picnic.

Not as many people are aware of the crucial role that honeybees play in maintaining agriculture. But Dennis vanEngelsdorp, professor of entomology at the University of Maryland and director of its Honey Bee Lab, is doing what he can to highlight their relationship to crop production - and why their large, global die-off in the past few years is such a major concern.

?One out of every three bites of the food we eat is pollinated either directly or indirectly by honeybees,? vanEngelsdorp said. ?A lot of farmers depend on bees and pollination to help their crops grow.?

In the U.S. alone, pollination activity from bees is worth roughly $20 billion a year. Honeybees pollinate various vegetables, fruits and nuts - essential parts of a healthy diet. If there are no bees to pollinate these crops, food production could be severely affected.

The Honey Bee Lab takes an epidemiological approach to understanding and improving honeybee health. That involves understanding for both the etiology of individual bee diseases and the large-scale monitoring of colony well-being.

There is no single reason why bees have been dying off at alarming rates for close to a decade, vanEngelsdorp said. Much of the initial concern centered on colony collapse disorder (CCD), a condition in which a large number of worker bees abruptly disappear from the hive. However, the abatement of CCD has not led to a large turnaround in the honeybee population, which continues to be plagued by problems ranging from the Varroa mite (an arachnid that attaches to the outside of bees and sucks their blood) to pesticides.

?There are still colony mortality rates of up 30 percent in some cases,? vanEngelsdorp said.

Another reason is poor nutrition due to corn and soybeans taking up more and more arable land that was originally a natural foraging habitat for bees to pollinate.

The disappearance of bees also affects people?s livelihoods. Each year, thousands of beekeepers transport up to 2.6 million colonies between locations to pollinate crops. (Right now, more than half the nation?s beekeepers are in California to pollinate almonds.)

However, due to the rising costs of simply keeping bees alive, many beekeepers are leaving the business.

?I?m not really worried about the bees going extinct,? vanEngelsdorp said. ?I?m more worried about beekeepers going extinct. Beekeepers know different crop systems, where to go to pollinate crops and many of them are truck drivers who are essential to transporting these bees around the country.?

Without enough beekeepers, U.S. crop production could slow, forcing consumers to pay more for their food or rely more heavily on imported goods.

The Honey Bee Lab receives a great deal of support from the university in its efforts to save honeybees and other species of insects. A recent project working with the campus arboretum to save the nearly extinct Baltimore Checkerspot Butterfly, the state butterfly of Maryland.

The lab is also a founding member institution of the Bee Informed Partnership (BIP), which collaborates closely with beekeepers from across the country to study losses in honeybee colonies throughout the United States.

While vanEngelsdorp acknowledged that this is a ?complicated problem,? there are solutions under discussion, such as eliminating the Varroa mite and finding alternatives to certain pesticides. Farms can also be encouraged to leave some part of natural landscapes intact so that bees have a habitat and a food source.

[btn-post-package]For vanEngelsdorp, protecting bee populations is more than an academic problem. It?s a personal passion, one that started while studying horticulture at the University of Guelph in Guelph, Ontario, Canada. He later earned a master of science in environmental biology with a focus on beekeeping.

After working in the Caribbean teaching beekeeping courses to help unemployed women, he moved back to North America to help keep colonies alive, researching the diseases and pathogens affecting honeybees to help eradicate them. He also began publicly advocating for bee preservation, particularly through TED Talks.

?Once stung, it gets in your blood,? vanEngelsdorp said. ?Bees are amazing organisms. You have 40,000 of them working together. It is an amazing experience to open a hive and watch how a hive organizes, and how bees do what they have to do to function.?

He also encourages people to look into beekeeping as a career.

?It?s a relaxing and enjoyable profession,? he said. ?But if you don?t want to become one, try to buy local honey and support your local beekeepers.?