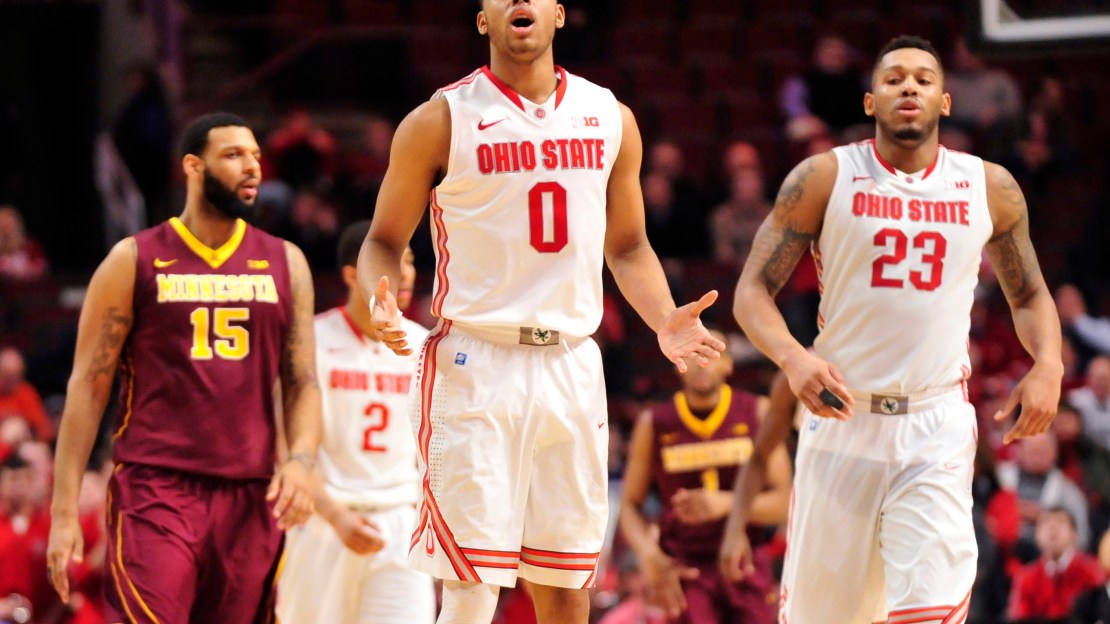 CHICAGO — No. 6-seed Ohio State held off No. 11-seed Minnesota, 79-73, in the Big Ten tournament Thursday night at the United Center.

The victory sets up a quarterfinals matchup with No. 3-seed Michigan State. The two teams have combined to win the last five Big Ten tourneys.

Star player: D?Angelo Russell. This is a role he?s familiar with. The freshman totaled 23 points on 7-of-16 shooting with three 3-pointers and six free throws in a win that will send the Buckeyes on to face No. 3 Michigan State. OSU and MSU have combined to win each of the last five Big Ten tourney titles.

Top stat line: Yes, Russell was special. But so was Shannon Scott. He tallied 21 points, to go with five rebounds and six assists. On top of all that, he played great defense vs. the Gophers.

It was over when: This game was tied, 35-35, at the half. And the game was tied at 42 at the 16:34 mark. OSU started to pull away from there before Minnesota cut into the lead. It was 69-65 with less the two minutes left and Ohio State in possession. With the shot clock winding down, D?Angelo Russell ripped a 3-pointer to push the Buckeyes? lead to 72-65. Game over.