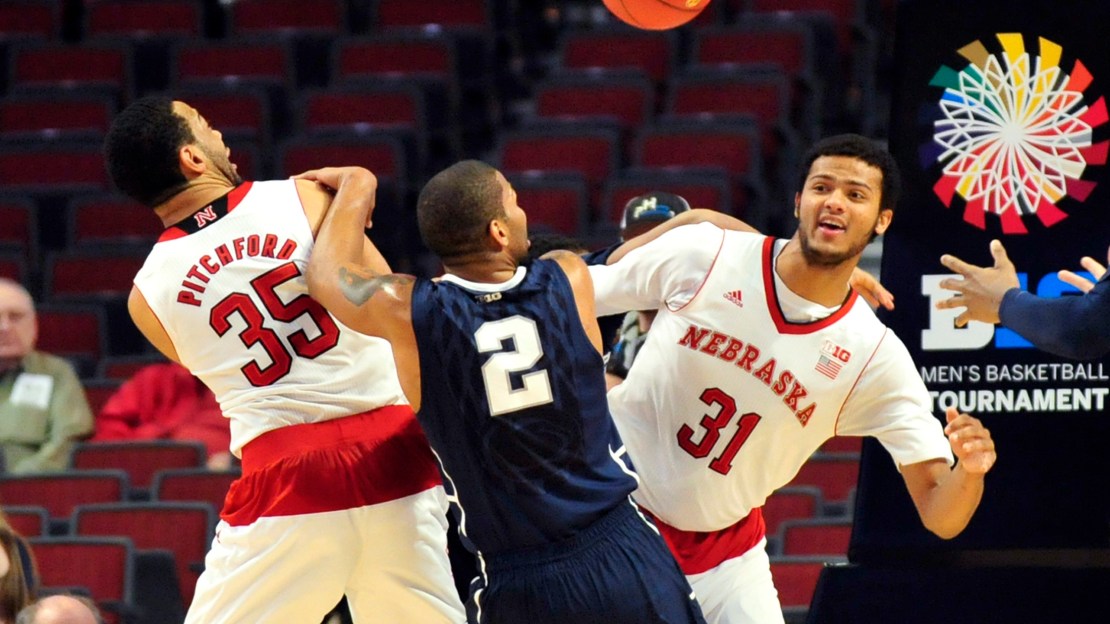 Big Ten basketball fans were treated to two outstanding games in the opening round of the 2015 Big Ten Men's Basketball Tournament.

Here's a look at the top moments.

Biggest surprise: That six-game Penn State losing streak it was mired in? A distant memory, as the Nittany Lions have now won two in a row following a win vs. Nebraska in their Big Ten tourney opener. PSU looks like a potentially dangerous team led by a legit star in D.J. Newbill.

Biggest disappointment: Nebraska. So, the Cornhuskers finished the season with nine losses in a row to finish 13-18 overall and 5-14 in the Big Ten. This comes a year after Nebraska was the darling of the Big Ten by winning 10 of its final 12 games to finish 11-7 in the Big Ten and earn the program?s first NCAA bid since 1998. Much more was expected in Tim Miles? third season in Lincoln.

Top dunk: Rutgers? Bishop Daniels went flying in from the left wing, elevated and slammed the ball vs. Minnesota. It was thunderous.

2. Minnesota?s Joey King, who ripped off 20 points on 7-of-11 shooting. The junior was on fire from 3-point land, hitting 6-of-9 bombs. King also had four rebounds, two assists and two steals.

3. Rutgers? Kadeem Jack had 18 points on 7-of-15 shooting with five boards, two assists and a block.

"We're disappointed in how we finished in Big Ten play. We've got another opportunity to come out here and prove to ourselves and prove to everybody we're better than what we showed." – Penn State senior D.J. Newbill

"As excited as I was last year is as disappointed as I am this year. And I talked a lot of trash on the golf course last year so I was pretty pumped up." – Nebraska coach Tim Miles

– Penn State set a new school and Big Ten Tournament single-game record with 16 blocked shots. The previous tournament blocks record of 12 was by Wisconsin in 2000.

– Minnesota beat Rutgers even with star Andre Hollins not scoring.