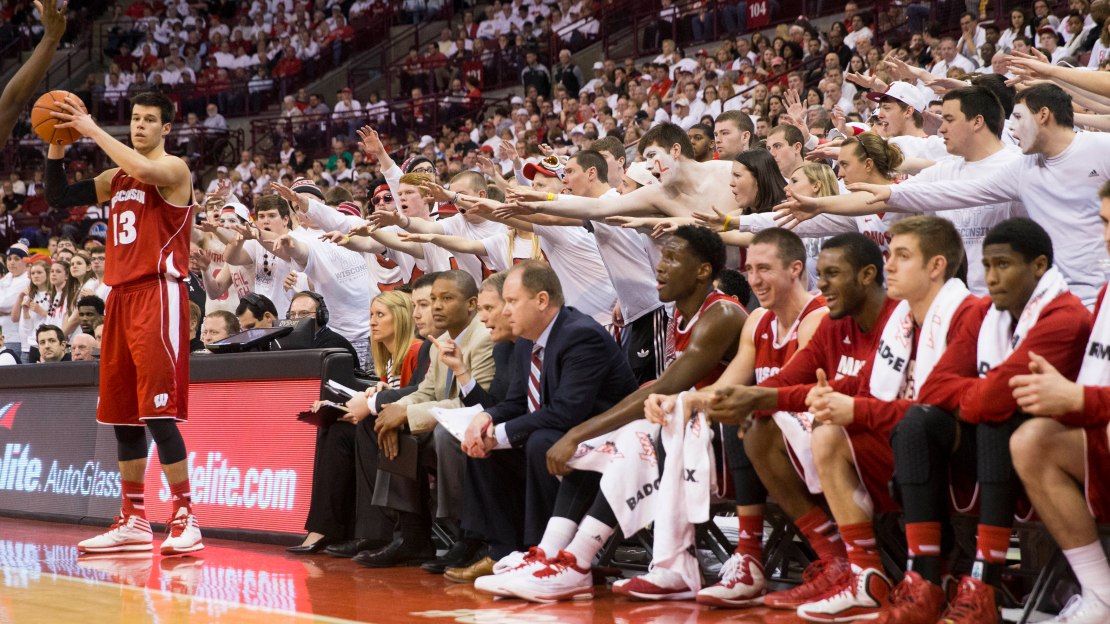 The bracket is set for the 18th Big Ten tourney. Many intriguing story lines loom, with Wisconsin pushing for a No. 1 NCAA seed and Illinois and Indiana looking to slide off the bubble.

Here?s a breakdown of the bracket in advance of the tourney?s opening on Wednesday in Chicago.

Best draw: Has to be Wisconsin, the No. 1 seed. The 16-2 Badgers didn?t lose to any of the teams in its half of the bracket: Penn State, Nebraska, Michigan, Illinois, Iowa and Purdue. That seemingly should bode well in Wisconsin?s quest to win the Big Ten tourney and keep alive its hopes for a No. 1 seed in the NCAA tourney. By the way: The Badgers last won this event in 2008. But Wisconsin didn?t even make the title game in its two most recent runs to the Final Four in 2000 and 2014.

Worst draw: No. 7 Indiana. No. 10 Northwestern is the last team IU wants to face as its treads water on the dreaded NCAA bubble. The $64,000 question on everyone?s mind: If Indiana loses the opener to Northwestern, will it fall from the NCAA field? The Wildcats have the Hoosiers? number. It?s uncanny, really. IU has dominated the all-time series, holding a 112-49 edge. But NU has won three of the last four encounters. And Tom Crean is just 4-8 vs. Northwestern, falling to the Wildcats 72-65 in Evanston this season in the only meeting. If the Hoosiers get by Northwestern, a date with No. 2 seed Maryland looms. The Terps just happen to be the hottest team in the Big Ten, winners of seven in a row. IU and Maryland split two meetings this season, with each winning at home.

Sleeper team: No. 5 Iowa. It?s the Hawkeyes, who ended the regular season on a roll, winning their last six games. That earned Iowa a No. 5 seed, making it the most under-seeded and under-valued team in this event. Fran McCaffery?s crew is playing as well as any squad in the Big Ten-including all teams that earned double-byes. The Hawkeyes have depth, good guard play, athletic ability, offensive skill and a renewed commitment to defense. But best of all: Iowa has confidence led by Aaron White, the hottest player in the Big Ten with four 20-plus point games in succession. Beware the Hawkeyes.

Best title game matchup: No. 1 Wisconsin vs. No. 2 Maryland. It has to be this, right? I mean, these two clubs clearly proved over the long haul they are the best in the Big Ten. The squads met just once this season, with the Terrapins taking a 59-53 win in College Park, Maryland, on Feb. 24 that incited a court-rush.

Best Wednesday matchup: No. 12 Nebraska vs. No. 13 Penn State. Yes, the Cornhuskers have been a disappointment, going 5-13 in the Big Ten after forging an 11-7 mark and NCAA bid last season. Still, this is a team filled with pride that wants to end on a good note. The Nittany Lions are coming off a heart-stopping win at Minnesota to end a six-game slide. PSU has perfected the art of losing the close game, as this team is better than its record 4-14 Big Ten mark. And how about the meeting between Penn State?s D.J. Newbill and Nebraska?s Terran Petteway? Newbill paces the Big Ten in scoring with a 20.7 average; Petteway is No. 4 with a 17.8 average. That alone makes this a game worth watching.

Best potential Thursday matchup: No. 11 Minnesota vs. No. 6 Ohio State. The Buckeyes won the lone meeting this season, taking a 74-72 overtime decision in Williams Arena on Jan. 6. The Golden Gophers have been a disappointment, going 6-12 in Big Ten play after winning the NIT last season. Minnesota will arrive in Chicago slumping, having lost five of six games. But the one win was in overtime at Michigan State, showing this team?s potential. So, if the Gophers get by No. 14 Rutgers on Wednesday in the opening day of action, Minnesota will take on an Ohio State team in what could be an interesting and fun clash.

Team with most to gain: Illinois. You can make a case for Indiana, too. But, let?s go with Illinois. The Illini sit squarely on the bubble-like IU. As of now, Jerry Palm of CBSSports.com has Illinois projected as a ?bubble team,? slotted with a No. 12 seed in a play-in game vs. Texas A&M. A loss in their opening game figures to usher the Illini out of the Big Dance-and likely into the NIT for a second season in a row.

Team with most to lose: Indiana. The Hoosiers are in slightly better shape than Illinois-but not by much. Like the Fighting Illini, Indiana may have no wiggle room. A loss could knock the slumping Hoosiers out of the tourney, where Palm has Indiana as a ?bubble team? projected as a No. 11 seed in a play-in game vs. Ole Miss.

Player who must step up: Michigan State?s Branden Dawson. The senior muscle man got doinked in the noggin by Purdue giant Isaac Haas last Wednesday and left the game. Dawson subsequently missed the finale at Indiana. The Spartans won both games. But if MSU wants to make an extended run in the Big Ten tourney and enhance what for now looks like a middling NCAA seed (Jerry Palm has MSU as a No. 7), it needs the fire-breathing Dawson?s inside ferocity. Remember, it was Dawson and his twisted-steel physique and white-hot passion that fueled the Spartans run to last year?s Big Ten tourney title with an MVP performance.

Best potential individual matchup: Ohio State super freshman D?Angelo Russell vs. Wisconsin big man Frank Kaminsky. We just saw these two Big Ten Player of the Year candidates meet in Sunday's season finale, and I wouldn't be against seeing them on the same floor in the championship game Sunday. Of course, I'd like to see a closer game. Still, each has dominated all season. Kaminsky-who averages 18.4 points, 8.2 rebounds and 2.6 assists–is a top national player of the year candidate. Russell-who averages 19.3 points, 5.8 rebounds and 5.2 assists–should take home national freshman of year accolades.