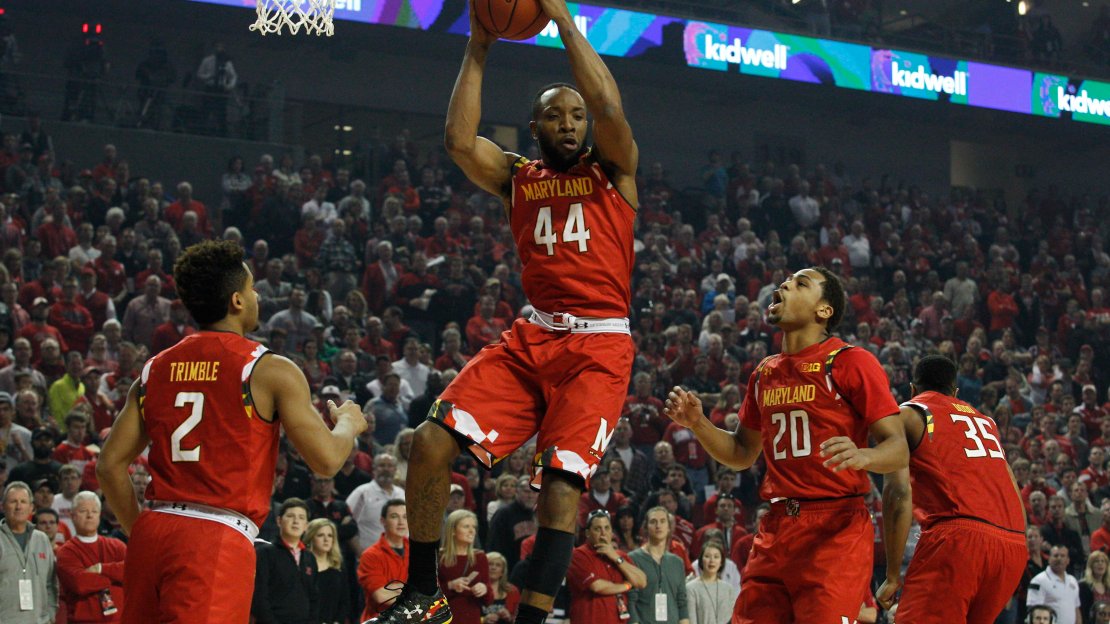 And, as he's done so many times in his career, the Terrapins star gave fans a reason to get up and cheer in the 64-61 win at Nebraska.

Few, if any, Big Ten players dunk with more power than Wells. He's been showing it all year, and this wasn't the first time he did it this week. Remember this dunk at Rutgers?

Wells did much more than dunk on this night, registering his second straight double-double (18 points, 12 rebounds) to help lead Maryland to its seventh straight victory, the longest Big Ten winning streak since Wisconsin also won seven in a row to end the 2008 season.

Wells was feeling confident and having fun after the game. Check out this quote.