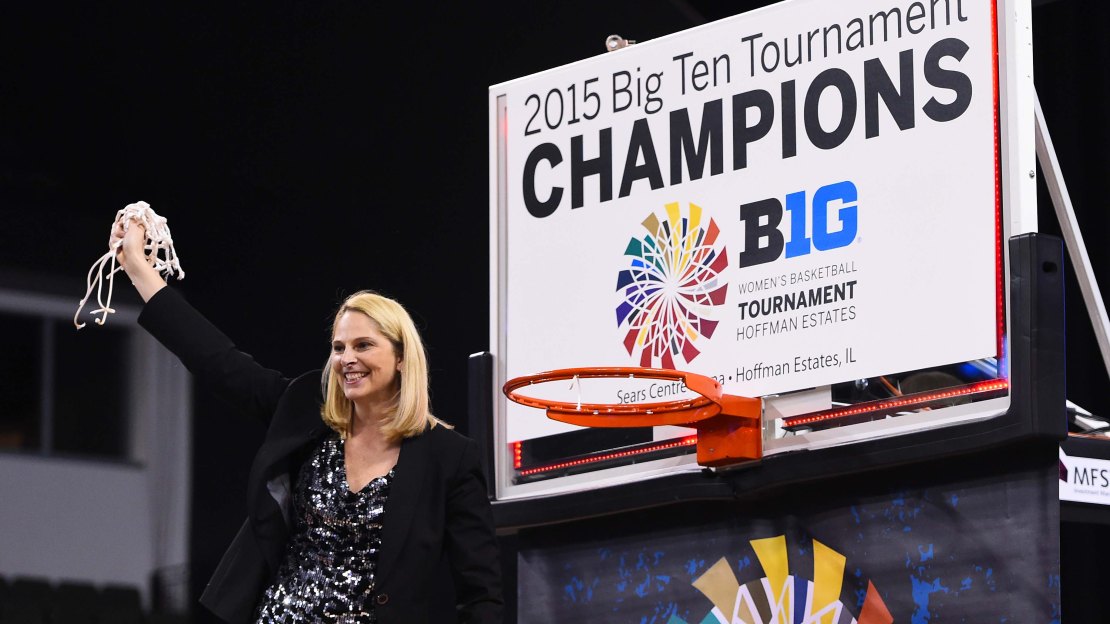 The Terrapins (30-2) will enter the NCAA Tournament with 24 straight wins and their eyes locked on another big run after reaching the Final Four last season.

They made a seamless transition to the Big Ten after 37 years in the ACC, going 18-0 in conference play. No other Maryland basketball team – men's or women's – had gone unbeaten in league competition.

But they sure got all they could handle in this one, hanging on after Ohio State (23-10) cut a 15-point lead to one.

Maryland was leading by four when Cait Craft raced back on defense to strip Maryland's Shatori Walker-Kimbrough as she went for a layup following a turnover by Ohio State's Kelsey Mitchell. Craft then nailed a 3 with a minute left to make it 75-74, but the Terrapins hung on.

Mitchell, who had 31 points, got called for traveling with 7 seconds left, and Brown hit two free throws to make it a three-point game. Mitchell caught the inbounds and raced up the right side, but her heave from just inside the half-court line hit the back of the rim, preserving the win for Maryland.

Brown, a candidate for Naismith Women's College Player of the Year, had six assists. Walker-Kimbrough added 13 points and six rebounds. Laurin Mincy scored 12, and Malina Howard chipped in with 12 points and 12 rebounds.

A 17-3 run by Maryland turned a one-point lead late in the first half into a 15-point advantage in the second, with Walker-Kimbrough nailing a 3 to make it 50-35. But with the score 52-37, Ohio State jumped right back into it.

Hart's layup pulled Ohio State within one – 61-60 – with 6:44 remaining, and it remained tight until the rest of the way.