Photo: Northwestern knocks shot clock down before game at Iowa 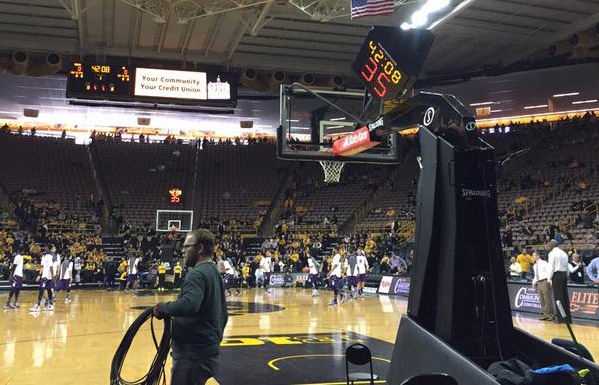 Northwestern broke the shot clock in Carver having a dunk contest before the game. @BigTenNetwork pic.twitter.com/zu9wXxD4wP

This happened Saturday prior to the Northwestern-Iowa game at Carver-Hawkeye Arena.

Blake Jorgensen, an Iowa journalism major, tweeted the picture above, saying the damage occurred when the Wildcats were dunking in pregame.

Jorgensen said the hoop was lowered to set the shot clock upright again, and the basket is ready to go.

Luckily, it happened well before the game, with 42:08 left before tip-off.