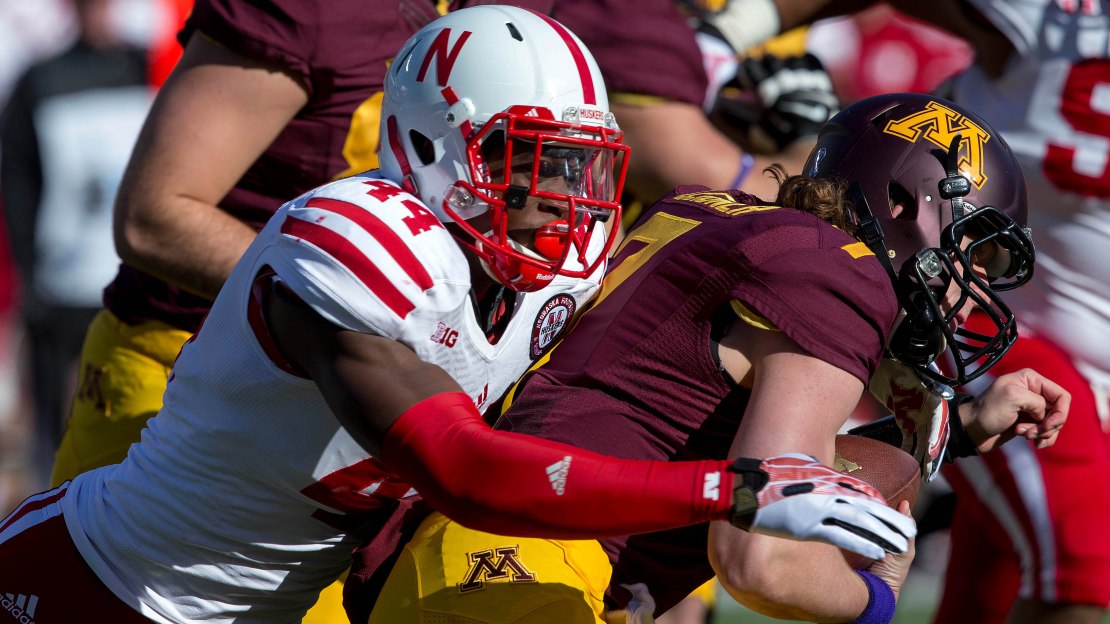 It is no secret that former Nebraska standout Randy Gregory is a hard hitter.

The 6-6, 235 pound DE/LE prospect is projected to be a top 10 selection in the upcoming NFL Draft. But what he did during a recent shoot of ESPN's Sports Science is truly incredible.

During a test on the show, Gregory hit the tackling dummy with such force that he knocked the dummy's head off, which has never been done before.

At this year's NFL Combine, Gregory ran the 40-yard dash in 4.64 seconds, bench pressed 225 pounds 24 times, recorded a 36.5-inch vertical leap and a 125-inch broad jump, which was the fourth best mark among all linebackers.