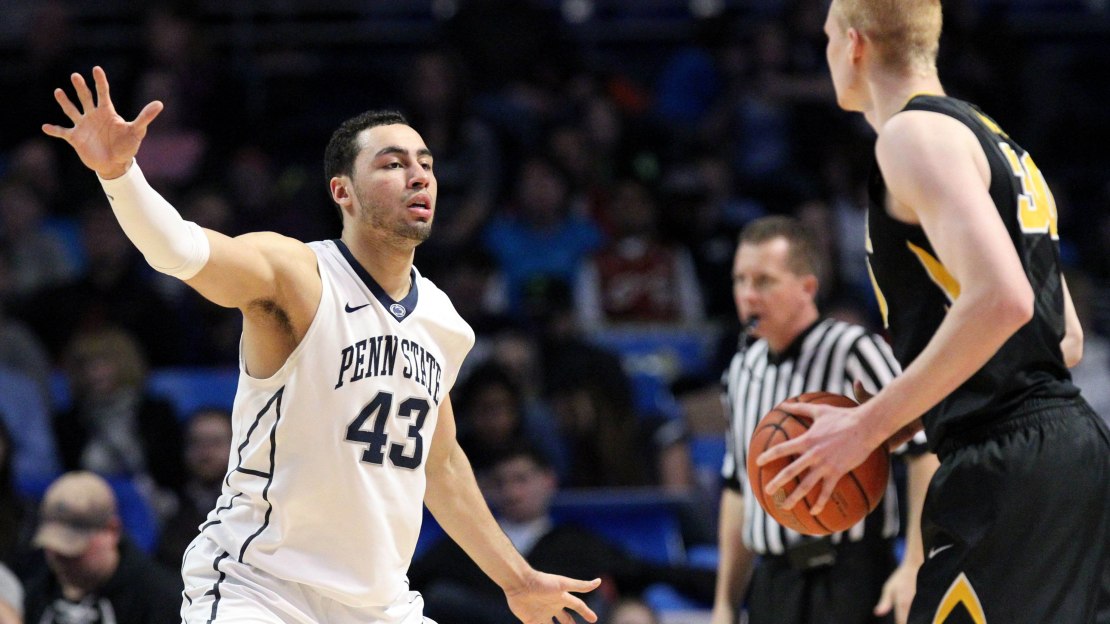 Hard to believe we only have a few more days of the Big Ten regular season. Next week, at this time, we'll be getting ready for the opening games of the Big Ten tournament.

There's plenty of games to be played before that time, though.

In this week's Three Takes, I spotlight Aaron White's terrific play, consider possible All-Big Ten teams and state the case for why teams should foul when leading by three points in the final seconds.

See my latest Three Takes below.

It was a tormenting bus ride from Chicago back to Iowa City for Iowa senior Aaron White following what he described as ?my worst game of the year.? The most versatile player in the Big Ten outside of Wisconsin?s Frank Kaminsky finished the overtime road loss against Northwestern 1-of-12 from the floor, missing routine inside shots and getting his shots blocked. He also committed a costly turnover late in the game.

All of the sudden, a good Iowa team with a win at North Carolina, a sweep of Ohio State and a blowout home win over Maryland was facing a two-game losing streak, prompting fears of a repeat of last year?s well-documented collapse.

White took the loss very personal and made himself stew over his play as the Illinois and Iowa snow covered corn fields passed by.

?I took the whole bus ride, took that night to just be upset and think over what was going on with our team, what we could do to help it,? he said.

The next day, White called for a team meeting. Not the kind where people were blamed or coaches were criticized, but one meant to keep things in perspective. The message was about staying positive and remembering why the players all started playing the game of basketball in the first place.

Mike Hlas, the sharp-witted veteran writer for the Cedar Rapids Gazette, talked to White about the meeting and gained some valuable insight into the senior?s frame of mind.

A positive attitude is fine and dandy, but toughness and execution are more important, and Iowa has shown both in the last five games.

The "White Hot" Hawkeyes have won five in a row, and White is playing the best basketball of his career, shooting 56 percent and averaging 20.4 points, 9.4 rebounds, 1.2 steals and 0.2 turnovers, to go along with 37 free throws (88 percent).

White was at his best against Illinois, pouring in a career-high 29 points, on 8-of-13 from the floor. He even hit three 3-pointers in the victory, this after entering the game with just 11 triples on the season. At Penn State, his anticipatory steal late in overtime might have been the signature play of his celebrated career.

Behind White's play, the Hawkeyes have played themselves off of the NCAA bubble and into a possible double-bye for next week's Big Ten tournament at the United Center. On a personal level, his efforts have probably played him onto the All-Big Ten First Team.

Two-plus weeks later, the Northwestern heartbreaker and the long bus ride home seems like a distant memory. The Hawkeyes will bus home from Chicago next week, and if they keep executing at both ends of the floor, White might have to share his seat with a championship trophy.

As much parity as there has been this season among the teams (view the Big Ten standings), the same continues to be said for the top players. Wisconsin?s Frank Kaminsky and Ohio State?s D'Angelo Russell are locks and are deserving First Team All-Americans, as well. After that, it?s a tough call.

Iowa?s Aaron White and Indiana?s Yogi Ferrell get my nod as first-teamers going into Wednesday, but I don?t have a vote. After those two stars, it is wide open. I am leaning toward Maryland?s Melo Trimble as another first-teamer, but there are some who think Dez Wells is their top guy. A week ago, Michigan State?s Branden Dawson was probably a first-team lock, but Tom Izzo benched him against Wisconsin after a low output against Minnesota. Purdue?s A.J. Hammons is on the rise, and he could play his way onto the first team with big performances at Michigan State and at home against Illinois.

I talked to a voter this morning who wasn?t sure which way he was leaning with guys like Wisconsin?s Nigel Hayes, Penn State?s D.J. Newbill and Michigan State?s Travis Trice and Denzel Valentine. Will voters be swayed by NBA potential or a team?s record? How far does the talented, yet wildly inconsistent Terran Petteway fall after being a preseason first-team selection?

I said at the beginning of the year that this year?s second team would probably be able to beat the first team in a pickup game. The same might be said of the third team.

Look for the coach?s and media?s teams to be different. Coaches could possibly appreciate guys like Denzel Valentine, Rapheal, Davis and Nigel Hayes more than media members. Kaminsky and Russell can sleep easy; everyone else still has time to rise.

Michigan learned the hard way in last night's double-overtime loss at Northwestern that it's imperative for a team leading by three to foul late in games, rather than give its opponent an opportunity to hit a game-tying 3-pointer. That's especially the case when the opponent has a Tre Demps.

If a game is close at the end, Demps is almost automatic; in fact, if I could draw up a late catch-and-shoot play for one Big Ten shooter, Demps is my guy. His first name is Tre, for crying out loud!

The problem with not fouling is that great players get a chance to rise to the occasion, which often times they do. Also, if there is a missed shot, a ricochet rebound is one of the easiest 3s to make. Michigan State has lost two critical games at home this year, to Maryland and Minnesota, by not fouling late with a three-point lead.

Purdue's win at Penn State earlier this season is the only game I?ve ever watched where fouling, up three, backfired on a team. And it only happened because Purdue missed both free throws, corralled the rebound, and Kendall Stephens drained an impressive fadeaway 3-pointer to force overtime. Watch the sequence here.

The Big Ten tournament could be decided by one of these decisions. My advice: foul late up three!