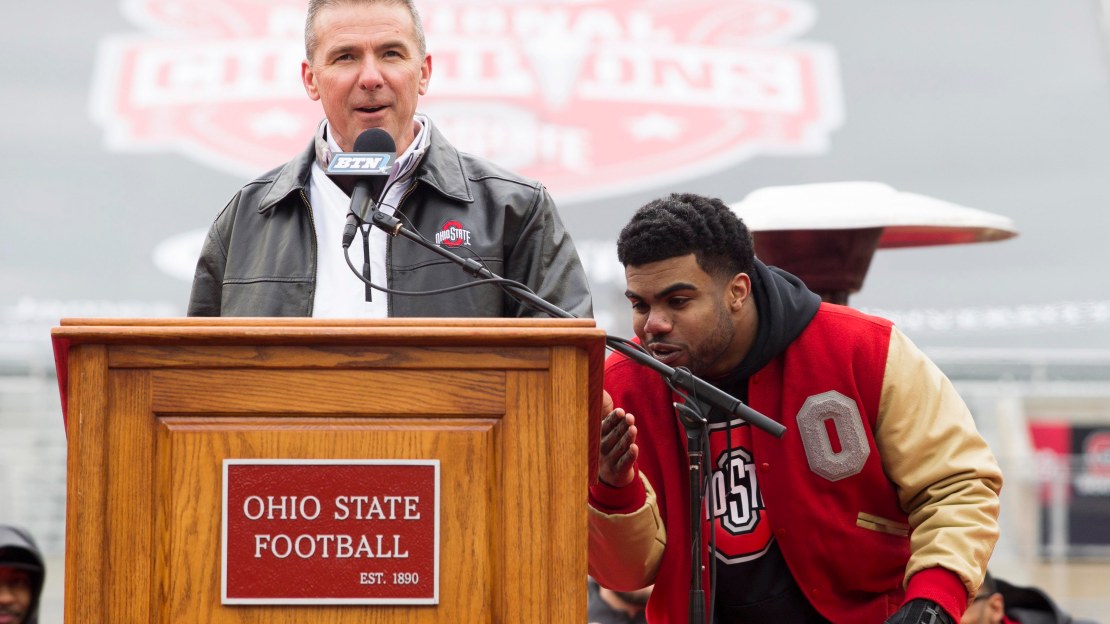 Which college football program is the best top to bottom? It's reigning national champ Ohio State, according to Sporting News' Matt Hayes.

Hayes put the Buckeyes atop his top 10 program rankings, ahead of national powers Texas and USC.

The list is a who's who of college football, as one might expect, and it also includes another Big Ten team: Michigan, at No. 6.

With two schools, the Big Ten is tied with the Pac-12 (USC and Oregon) for second-most teams on the list, behind the SEC's three (LSU, Florida and Alabama). The Big 12 (Texas), ACC (Florida State) and Independents (Notre Dame) are also represented.

1. Ohio State. Facilities? As good as anyone in the college game. Recruiting base? Strong, and increasing with coach Urban Meyer?s ability to recruit in the talent-rich states of Georgia and Florida.
2. Texas
3. USC
4. LSU
5. Florida
6. Michigan. A year ago, you?d laugh at the very thought of it. But think of Michigan as a loaf of bread: old yeast leaves the loaf dense, heavy and inedible. Fresh yeast raises everything.
7. Alabama
8. Florida State
9. Oregon
10. Notre Dame

It's tough to argue against Ohio State being on top here. The Buckeyes have so much on their side, whether it be the national title, the three-time champion head coach, the iconic Ohio Stadium, the fertile recruiting base, or the plethora of key talent that returns in 2015. The list could go on, to be honest.

That said, Michigan at No. 6 and ahead of a program like Alabama is a interesting. The Wolverines figure to improve under Jim Harbaugh, who has won at every stop, and the hope is that they will return to national prominence. They aren't there right now, though, so this ranking might be a little premature.