Big Ten Whiteboard: Getting you ready for the season's final week 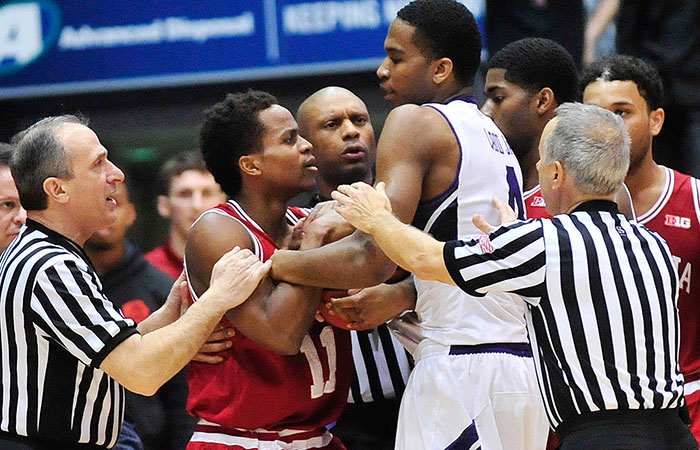 The final week of the season is here. And, the docket is filled with many enticing matchups that will go a long way in helping determine NCAA seeds-and maybe even who makes the Big Dance.

GAME OF THE WEEK: Wisconsin at Ohio State, Sunday. The Buckeyes have gone through some rough patches-shooting is an issue–but seemingly are back on course after a gutty home win vs. Purdue on Sunday. A regular-season ending win over the front-running Badgers would certainly enhance OSU?s resume. Wisconsin may have the outright Big Ten title sewn up by the time this game tips, but the Badgers are aiming for a No. 1 seed in the Big Dance. This is the only meeting between these programs.

DON?T OVERLOOK THIS GAME: Purdue at Michigan State, Wednesday. You could make the case for a few games. But I?m going with the Boilermakers? visit to East Lansing. The Spartans have proven to be vulnerable at home, losing to Maryland, Illinois and Minnesota. MSU-which has lost two in a row and looks listless–needs to grind out a win to polish an NCAA resume that lacks pizzazz. The Boilers may be straddling the NCAA tourney fence. A loss here would make Purdue?s home finale vs. Illinois huge.

MUST WIN: When Iowa visits Indiana on Tuesday, the Hoosiers need to win. Indiana hasn?t won two games in a row since a four-game streak from Jan. 10-22. Since then, IU is 4-6. After this, Michigan State comes to Bloomington. IU needs at least a split.

UPSET ALERT: It wouldn?t be a big shock to see Minnesota knock off visiting Wisconsin on Thursday in this battle of hated rivals. The Golden Gophers have shown some moxie, winning at Iowa and at Michigan State. Minnesota also has toppled Illinois and Purdue. These teams met Feb. 21 in Madison, with the Badgers taking a 10-point decision. A win here would give Wisconsin the outright Big Ten title.

BIG WEEK: Indiana. The Hoosiers have been equal parts good and bad all season, struggling to find consistency. If Indiana shoots well, it usually wins. If it?s clanging from the perimeter, it usually loses. And, it has been clanging more than swishing in recent weeks, which is why IU needs a strong finish to enhance its NCAA resume. It?s all right there for the Hoosiers this week, as they finish with two home games: vs. Iowa and vs. Michigan State.