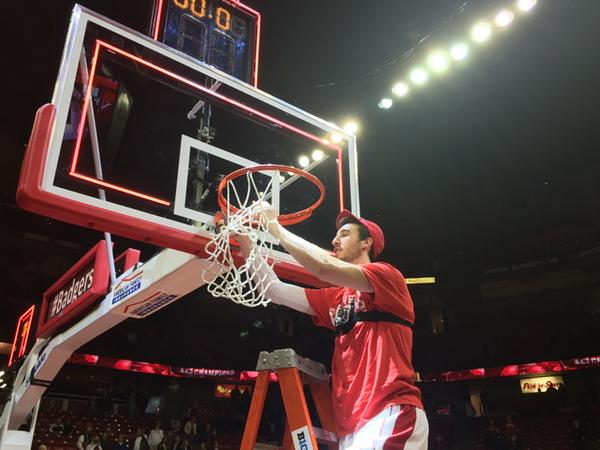 In the opening statement alone, Izzo said Kaminsky impresses him more than any player since Glenn Robinson — yes, the Big Dog — and that the Wisconsin senior is nation's best player. Later on, Izzo added that he would have cheered Kaminsky's effort had he not been on the opposing bench.

It was easy to laud Kaminsky after this one. The senior scored a season-high 31 points, on 11-of 17 from the field, and added eight rebounds, three assists, three blocks and two steals.

You name it, Kaminsky did it.

Tom Izzo on Frank Kaminsky: "I've never been more impressed with a player in our league since Big Dog (Glenn Robinson)." #Badgers

Tom Izzo on Frank Kaminsky: "If I wasn't coaching against him, I would have been standing there clapping." #Badgers

"I would like to give my early vote that Frank Kaminsky is no question the best player in the country this year." – Tom Izzo #BeFrank