Mail call! Now's a good time to check out the Big Ten tiebreakers 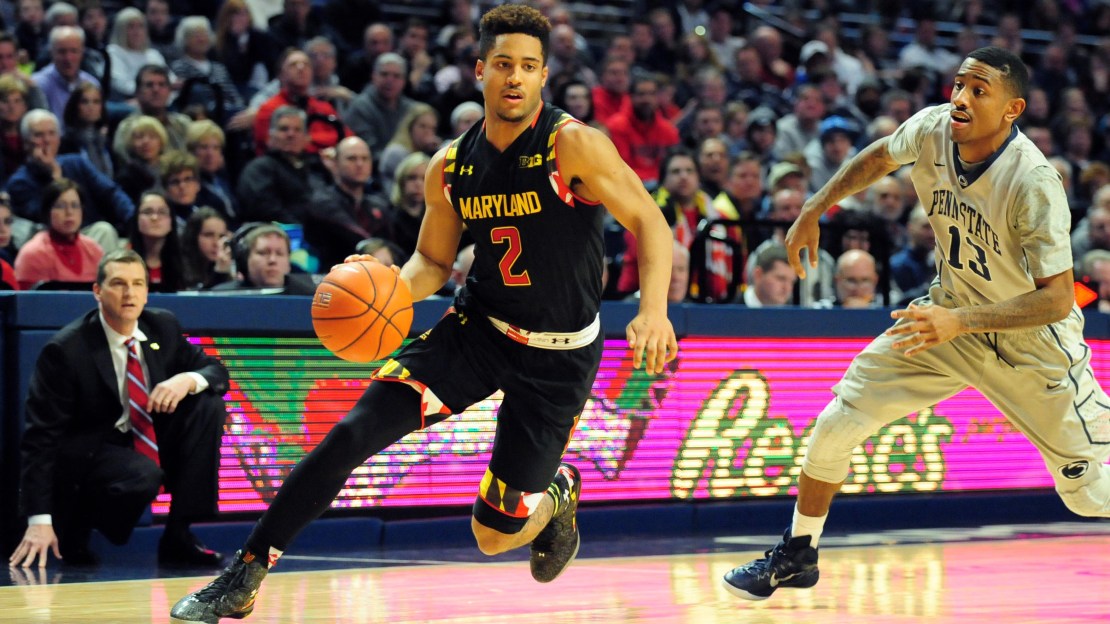 It?s that time of the week, time for me to reach into my mail bag. You know the drill: You have questions, and I have answers. Lots going on, with hoops season winding down and spring football underway.

With Maryland beating Wisconsin on Tuesday, would the Terrapins get the No. 1 seed in Big Ten tournament if they had the same conference record as the Badgers? Or, is there a different formula in how they determine the seeds? – Scott Gagne

Yes. If Wisconsin and Maryland tie for first place, the tiebreaker to determine the No. 1 seed is head-to-head competition. And the Terrapins would own that tiebreaker by taking the only meeting of the season between the squads. Here is a look at all of the tiebreakers related to the Big Ten tourney.

Give me your take on the Terps. Are they for real? Can they be a real threat in the Big Dance, or are they a year? – Mike Kelley

Maryland could make some noise in the Big Dance this year. This is a talented offensive team led by freshman sensation Melo Trimble at the point. Not many schools have the scoring options that the Terps possess with Dez Wells and Jake Layman also averaging over double-figures like Trimble. A key will be how well Maryland plays defense–and if the Terps can avoid a big, physical team.

Given the success that Ohio State has experienced, how can Urban Meyer keep the players hungry and motivated? – Ed

It will be difficult. As the old saying goes, ?It?s easy to get to the top ? but it?s more difficult to stay there.? Fighting complacency has to be a challenge and concern for Meyer-because talent won?t be. The Buckeyes are loaded and the heavy favorite to repeat as Big Ten champs.

Iowa beat Rutgers by 34 last Thursday, then won at Nebraska by 28 on Sunday, yet Joe Lunardi dropped them from a No. 9 seed to a No. 10 seed. What?s up with that? – Lyal

Look, whipping Rutgers and Nebraska is nice, but Iowa SHOULD whip teams like that. Each is struggling. I could see the Hawkeyes at least holding ground on its seed. But, dropping one spot isn?t a huge shock, as you have to consider what other teams in the nation are doing.

Just wondering how far you think Iowa will get in the B1G tourney, and where you think it will be in the NCAA tourney? – Dakota Hill

Iowa has a chance to be a dark horse in the Big Ten tourney. When this team is dialed in and playing well-especially on defense as well as rebounding-it is capable of beating most teams. We saw that last night vs. Illinois, Iowa?s third victory in a row. As for an NCAA seed, I think the Hawkeyes will be between a No. 7-9 seed. Iowa has a nice resume with road wins at North Carolina, at Minnesota, at Ohio State and at Michigan.

I'm afraid your experts have made a glaring omission when picking the best dunker in the Big Ten: Indiana's Troy Williams. – Jeff Bartlett

As much as I'm happy with what Purdue is doing in the Big Ten, I've been somewhat disappointed with Matt Painter's utilization of his two bigs-A.J. Hammons and Isaac Haas. You'd think Painter would at least try running them together. I don't buy his answers for not doing it: transition defense being too hard to handle, and the risk of foul trouble. I think he should run them together for five to 10 minutes a game and then split them throughout the rest of the game. I think it would open up the inside-out game and make it easier for the perimeter players to hit threes. – Alex Corazza

I like your idea, but I think Painter?s philosophy probably is sound. Protect these assets from foul trouble-and always have a big guy in the game. And often, player rotations and utilization depend upon match ups with who you are playing. It?s difficult to argue with how Painter is handling Hammons and Haas, as Purdue is one of the hottest teams in the nation. Playing them together would pose issues for teams trying to defend the Boilers. But the two bigs lack speed, which could hurt in transition defense.

Do you see the Big Ten going to 16 teams anytime soon? And if so, who would be most likely to join? Here are my guesses, along with strengths for each school:

I like to play fantasy commissioner as much as the next guy. But, I don?t see anything happening along the expansion front in a long time-if ever.

Do you think Nebraska will be more physical on the lines this year? Too many times last year we were pushed around on both sides of the line. – Chris Patterson

The fronts should be solid in Lincoln. But the offensive line must replace three starters: Mike Moudy and Jake Cotton at guard, and Mark Pelini at center. Zach Sterup and Alex Lewis are back at tackle. The d-line should be good, even without end Randy Gregory. I love the tackle tandem of Vincent Valentine and Maliek Collins. It may be the best tackle duo in the Big Ten. The Huskers will be fine in the trenches.