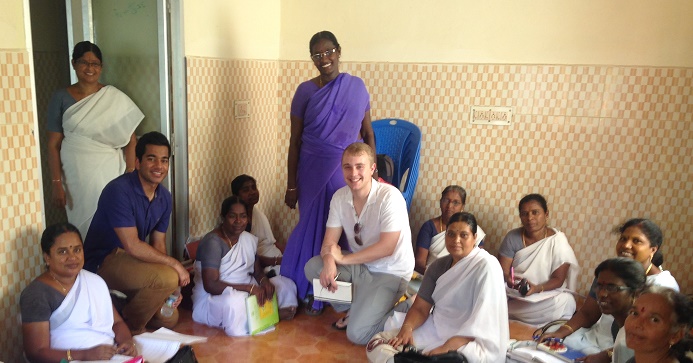 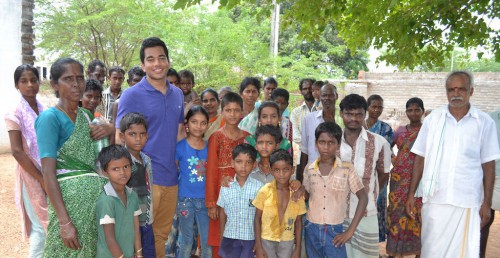 In its quest to eradicate healthcare disparities throughout the Detroit area, the University of Michigan?s Rural Innovations in Medical Engineering (RIME) program took the long way home.

The student-run initiative was started with the intention of creating affordable and holistic diagnostic technology for use in rural areas overseas. To gauge their preliminary findings and uncover other opportunities for medical interventions, the group traveled to India for a month-long field study that was funded from Innovate Blue, the university?s entrepreneurial center.

But a few realities soon became apparent on the trip. The first one was that conducting preliminary research from the other side of the globe was neither efficient nor effective.

?It?s incredibly difficult to design a product for a market that you can only visit once or twice per year,? said Harish Kilaru, co-founder of RIME. ?Our initial research came from a comprehensive literature search and phone interviews with physicians in India. Therefore, our design had to be built on a set of assumptions that we couldn?t validate or reject until we went to India.?

Also, the group concluded that many issues in the field-study markets weren?t necessarily due to inadequate technology, but by other factors, such as communication limitations.

?We believed that an organization outside of the rural communities would have to impact healthcare at a preventive level,? Kilaru said. ?This could come from a policy-level solution or educational initiative, both of which require constant communication with people on the ground. From our experience in the first year, constant communication with people in India was not feasible for us.?

The on-the-ground experience in India led the students involved with RIME to pivot their focus. Using previous research from that country, RIME will implement new tactics to resolve issues locally, including partnering with health clinics that serve low-income residents in Detroit and creating entirely new programs.

The first such program, a patient carpooling system, is designed to serve a sizeable immigrant population. Their limited English skills, plus their unfamiliarity with the Internet and local public transportation, often prevent them from getting to medical appointments. RIME wants to change that by partnering with a ride-share company that can provide cost-effective and convenient transportation options for immigrants trying to get to their scheduled visits at hospitals and clinics.

Also, RIME plans to establish a patient-reward system that reinforces actions such as new referrals and increasing awareness about a particular clinic and its resources.

To accomplish its goal of making quality healthcare accessible to those who need it most, RIME leans on the pillars of entrepreneurship, design, education and sustainability. And while the group?s Detroit-area projects are still in their beginning stages, its members are confident their actions will produce a positive impact. In particular, RIME?s previous experiences with collecting data from field work will enable the organization to figure out what?s working and come up with responsive solutions quickly.

[btn-post-package]?The lessons we learned in India have been incredibly valuable for our work in Detroit,? Kilaru said. ?Instead of designing a product and then seeing if it fits the needs of the market, we spent the first couple of months immersing ourselves in the clinic environment. We learned about the intricacies that go into the patient experience, starting from how they get to the clinic to the follow-up. From this, we were able to identify practical ways that we could help. We?ve got this process down, and this data-driven decision-making will help maximize our impact in the future.?