Who's the most important player for every Big Ten bubble team? 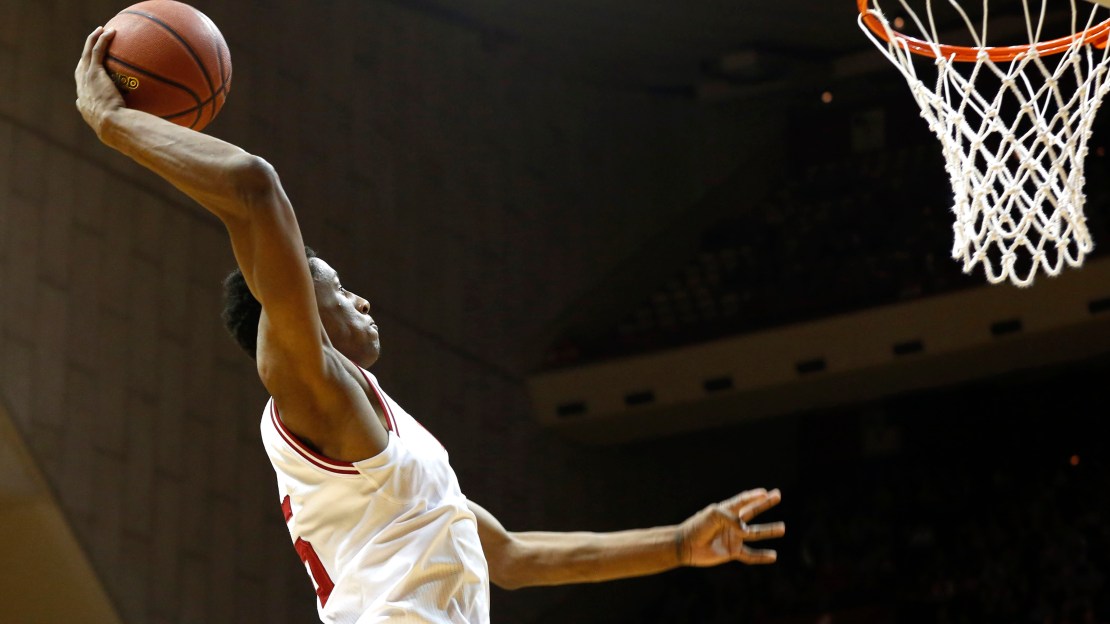 We are exactly two weeks away from the opening day of the Big Ten Tournament, and several teams from the conference are currently sitting on the NCAA tournament bubble.

Maryland, along with first-place Wisconsin, is a tourney lock. That's a certainty. The six others need a few more wins to feel safe on Selection Sunday.

Here's what I got. Teams are listed in order of the Big Ten standings.

Joe Rexrode (@joerexrode), Detroit Free Press: Travis Trice
MSU knows what it will get from Branden Dawson every night, and his consistency is a huge plus. Though Denzel Valentine has been up and down as a shooter, he's always going to defend and make things happen as a passer. Now that Trice has been moved mostly off the ball, there's less on his plate but more emphasis on scoring. When he shoots well, the Spartans almost always win. If he can stay fresh and hit shots, his team should get in easily and perhaps make a run.

Kyle Rowland (@kylerowland), Journal Gazette: A.J. Hammons
Tricky question. Jon Octeus has provided a huge boost for Purdue at points, and his defense is also beneficial. Rapheal Davis is one of the top defenders in the Big Ten, he's the team's unquestioned leader and he's also provided a spark on offense. But I think A.J. Hammons is the guy who has to show up down the stretch. During Purdue's surge, which has seen the Boilermakers climb near the top of the Big Ten, Hammons has been the catalyst. It's the best he's played in his three-year career that's been incredibly inconsistent. Points, rebounds, blocks, steals, assists — he's done a lot. His activity at both ends of the floor is vital for Purdue as it enters the stretch run before the Big Ten tournament.

Jeff Rabjohns (@JeffRabjohns), Peegs.com: Troy Williams
Junior point guard Yogi Ferrell is Indiana's best and most indispensable player, but he's been terrific pretty much all season, so it's reasonable to assume his stellar play will continue. The player most capable of pushing the Hoosiers up a notch is Troy Williams. A 6-foot-7 sophomore forward with NBA-level athleticism, Williams' drives, offensive rebounds and plays attacking the rim make an exceptional 3-point shooting team more difficult to defend. And he's capable of being a serious factor on the glass. Williams had 22 points and 11 rebounds when IU beat nationally ranked Butler 82-73; zero points and one rebound when IU got its doors blown off four games later at Michigan State 70-50. When IU beat nationally ranked Ohio State 69-66, Williams had 15 points and 12 rebounds; when the Hoosiers lost to the Buckeyes 82-70, Williams had eight points and two rebounds. Troy Williams is the player who can push IU to a different level down the stretch.

Bob Baptist (@BBaptistHoops), Columbus Dispatch: D'Angelo Russell
It's pretty obvious with Ohio State: D'Angelo Russell. As he goes, so go the Buckeyes, because you can't count on anyone else to score in double figures on a nightly basis. When defenses are able to hold Russell under 50 percent from the field, Buckeyes usually lose. Recent games suggest he might be losing steam under the weight of having to carry the team on offense. If he is, that's bad news. Teams will be as physical with him as they can be in the closing stretch. The good news for the Buckeyes are, three of their last four games are at home, where they are 5-1 in conference.

Scott Dochterman (@ScottDochterman), The Gazette: Mike Gesell
It would be easy to say Jarrod Uthoff or Aaron White, but Iowa needs consistent play out of point guard Mike Gesell. When Gesell runs the offense efficiently, Iowa is multi-faceted and can use its front-court size to its advantage. If the defense limits Gesell?s ability to make plays, the whole offense suffers. Statistically, there?s no overarching number that determines Gesell?s effectiveness. But Iowa needs a solid, confident and smart Gesell over the next three weeks in order to earn another trip to the NCAA tournament.

Marcus Jackson (@MarcusJ_NG), The News-Gazette: Nnanna Egwu
For Illinois, it's Nnanna Egwu. Most would point to Rayvonte Rice, Kendrick Nunn or Malcolm Hill and they're important, but you pretty much know what you're going to get from those guys. Egwu is the emotional leader and when his production on the stat sheet matches all the intangibles, Illinois can be a difficult team to beat.