Ranking the Games: First-place Wisconsin has a couple of big tests 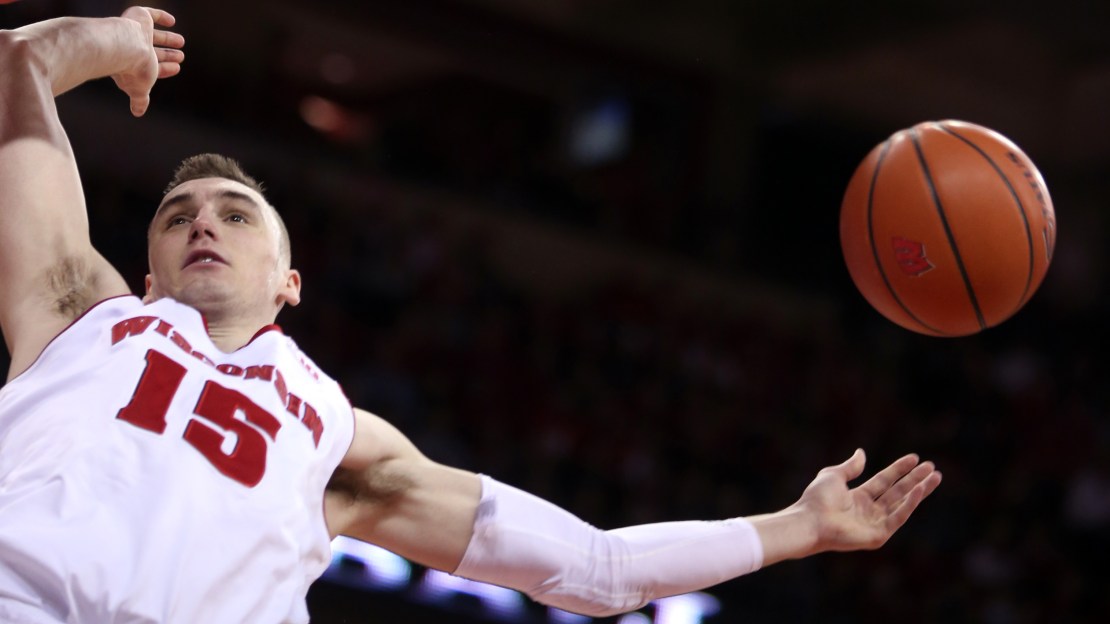 The week is highlighted by three marquee games: Wisconsin at Maryland tonight, and Purdue at Ohio State and Michigan State at Wisconsin on Sunday.

As you can see, it?s a big week for the Badgers, who are looking to wrap up their first Big Ten title since 2008.

Here's my ranking of the games:

1. Wisconsin at Maryland, Tuesday. This shapes up as one of the marquee matchups of the season. The Badgers are in first place, three games ahead of the Terrapins, Spartans and Boilermakers. To have any shot at catching Wisconsin, Maryland must win this game. Can they end the Badgers? 10-game winning streak?

2. Purdue at Ohio State, Sunday – BTN (watch on BTN2Go). The Buckeyes will be looking for revenge after falling at West Lafayette earlier this season. The Boilermakers are the hottest team in the Big Ten not named ?Wisconsin,? winning seven of eight games. Purdue just doesn't win in Columbus. The last time? 2010. Before that? 1998. OSU has lost two in a row. It needs to avoid standing around and watching D?Angelo Russell.

3. Michigan State at Wisconsin, Sunday. The Spartans have come alive down the stretch, bringing a four-game winning streak into the week as MSU is playing its best ball of the season. But the Badgers rarely losing in the Kohl Center, with Duke being the only team to prevail there this season. And Traevon Jackson may be back in the lineup. This is the only meeting between these programs.

4. Illinois at Iowa, Wednesday – BTN (watch on BTN2Go). The Fighting Illini may be a bubble team. A win at Iowa would be a resume-booster for a team that hasn?t been the same since Rayvonte Rice returned from injury/suspension. The Hawkeyes have dealt with inconsistency all season, but they have won their last two games. This is the lone meeting of the season between these squads.

5. Indiana at Northwestern, Wednesday – BTN (watch on BTN2Go). The Wildcats are suddenly hot, winners of three in a row after a 10-game losing streak. NU is scary-really. The Hoosiers look to be on solid NCAA footing, but a loss could hurt seeding.

6. Minnesota at Michigan State, Thursday – BTN (watch on BTN2Go). This is the type of game the Spartans must win with trips to Wisconsin and Indiana-along with a visit from Purdue-still on deck. The Gophers are struggling, losers of three in a row. MSU is rolling, winners of four in a row and six of seven games.

7. Northwestern at Illinois, Saturday – BTN (watch on BTN2Go). There is no love lost in this battle between in-state rivals. NU is 13-14, looking to finish over .500 as it searches for a postseason life. The Fighting Illini are on or near the NCAA bubble–depending on who you talk to, bringing a two-game losing skid into the week. Illinois won at Northwestern earlier this season.

8. Michigan at Maryland, Saturday. The Wolverines continue to fight despite having a short-staffed roster that is littered with youth. That win on Sunday vs. Ohio State was impressive. But do they have enough to win in College Park, Md.?

9. Nebraska at Ohio State, Thursday. The Cornhuskers season may have hit rock-bottom on Sunday, when they got humiliated, 74-46, at home by Iowa. The Huskers bring a five-game losing streak into the week, still in search of their first league road win. Things have gotten so bad that Tim Miles has locked his players out of the locker room. It?s like when Rocky got his equipment bag hung on a nail at Mickey?s Gym.

10. Iowa at Penn State, Saturday. It?s this simple-the Hawkeyes have to take care of business vs. a Nittany Lions? squad that suffered perhaps its ugliest loss of the season on Saturday, a 60-38 defeat at Northwestern. Nebraska was in a similar boat as Penn State when Iowa visited Lincoln, Neb., last week, and the Hawkeyes pounded the listless Huskers. This will reveal a lot about the type of character Penn State has. What?s it gonna be? Flight or fight?

11. Rutgers at Purdue, Thursday. This will be the Boilermakers? first game since Feb. 19, a 67-63 victory at Indiana. The well-rested Boilers-who have won three in a row and seven of eight–should manhandle a last-place Scarlet Knights? squad that has been circling the drain with an 11-game losing streak. RU last won Jan. 11 at home vs. Wisconsin. Go figure. Purdue won an earlier meeting with Rutgers, 61-51.