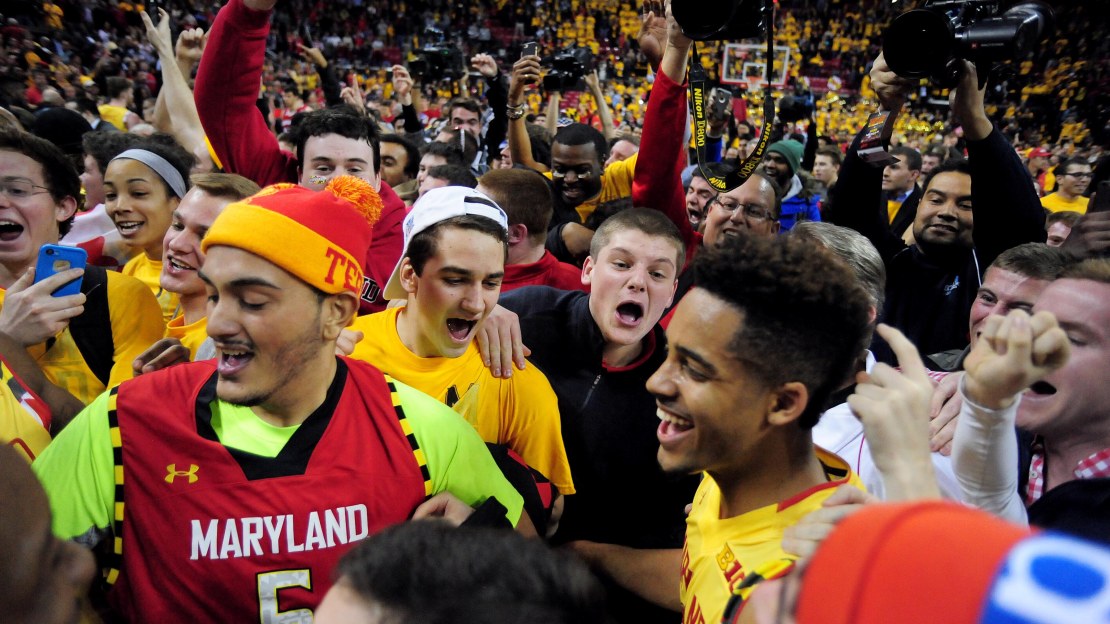 It was a big topic of conversation throughout the sports world Tuesday: Should fans be allowed to rush the court following an upset win?

Whatever the case, Maryland fans stormed the court after notching an impressive 59-53 victory over No. 5 Wisconsin on Tuesday night.

Tuesday's victory improved Maryland's home record to 17-1 this season, including a perfect 8-0 clip in Big Ten play. The win also snapped Wisconsin's 10-game winning streak, which started Jan. 15 against Nebraska, and denied it a chance to wrap up a share of its first Big Ten crown since 2008.

Maryland, which has won two straight and three of four vs. top five teams at home, is 11-4 in Big Ten play, two games behind Wisconsin.