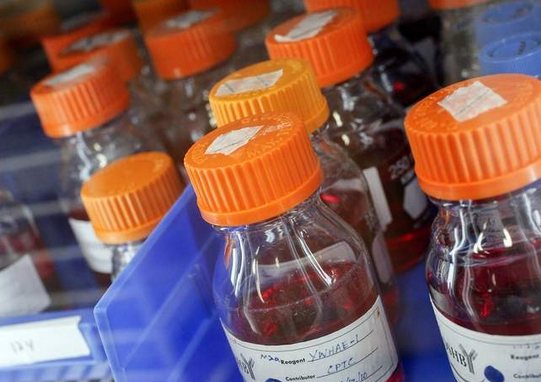 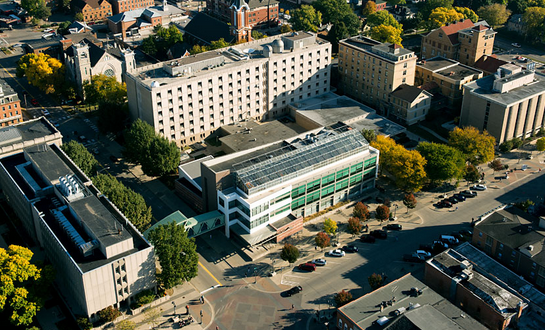 The University of Iowa?s Biology Building East Annex sits right in the heart of downtown Iowa City. It has a fairly sleek, contemporary design that contrasts somewhat with the mostly older buildings around it, but otherwise doesn?t stand out all that much.

Most of the students, shoppers, businesspeople and civic leaders who regularly walk past it probably have no idea that it houses what?s been dubbed the University of Iowa?s ?best-kept secret? - the Developmental Studies Hybridoma Bank (DSHB), the largest nonprofit cell bank of its kind in the world.

?The DSHB is a unique model,? said Dr. David Soll, a biology professor at Iowa who also serves as director of DSHB. ?We are a national resource.?

The bank, which was initially housed at Johns Hopkins University in Baltimore, was established in 1986 by the Institute of Child Health and Human Development to store and distribute hybridomas, which are antibody-producing cells that fight and eradicate diseases. However, the organization wasn?t able to achieve financial self-sufficiency after several years of operation, and the National Institutes of Health threatened to shut it down.

This prompted DSHB to relocate to the University of Iowa, where it gradually became self-funded through revenues earned from selling hybridomas and antibodies from its ever-expanding collection. The bank, which started out with 150 hybridomas, has about 4,000 today. And it recently received 1,100 hybridomas from the European Molecular Biology Laboratory Science consortium and other sources, increasing its collection by around 50 percent.

The bank also has strong relationships with the National Cancer Institute and the American Diabetes Association, which regularly purchase antibodies for research. Those funds fully cover operational costs and salaries for DSHB?s staff of 20, and the organization hasn?t taken a dime from either the university or the government for many years.

In its three-decade history, the bank has had more than 100,000 customers, and it currently distributes about 68,000 samples annually. It?s a popular source of cells for scientists, research institutes and private companies, and one of the reasons for that is DSHB?s prices. The bank is able to distribute antibodies at cost (usually around $30-35 per milliliter), while most other providers sell theirs for anywhere between $200-800.

[btn-post-package]?We can operate the bank without a profit motive, which gets in the way because investors have to be satisfied,? Soll explained. ?If a person wants to test an antibody for a cancer protein, that could take 10 antibodies at market price and could cost them up to $3,000. They would only pay [about] $300 here. As a result, we have lots of partnerships because everyone wants to have them distributed at a lower price, and that facilitates research.?

And research is ultimately the purpose of the bank. The DSHB lab has developed new hybridomas and antibodies. One of the organization?s current goals is to develop an antibody ChIP (chromatin immunoprecipitation) technology to discover how the relationship between DNA and proteins causes tumors to grow. Soll said it?s a ?big hurdle,? but will be ?revolutionary? once it?s finally developed.

?Our mission is to facilitate basic research, because basic research leads to giant discoveries,? Soll said. ?Our staff is dedicated, and they know what their mission is. With the support of UI, DSHB is here to stay.?