Northwestern Spring Preview: Our early look at the Wildcats in 2015 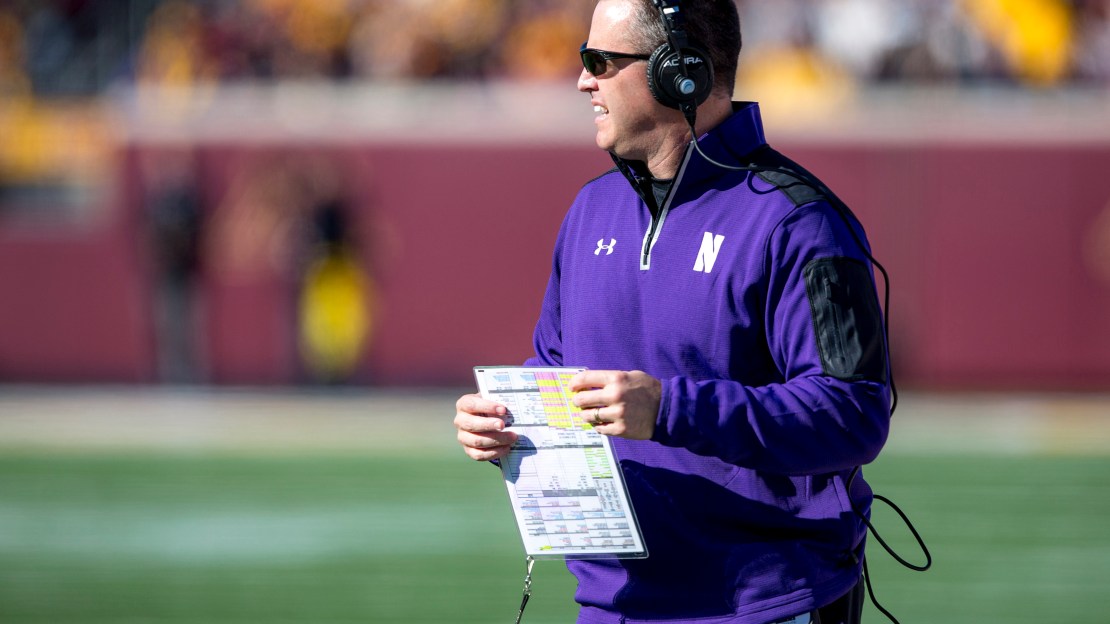 After going to bowls for five seasons in a row, Northwestern has missed the postseason the last two years. Pat Fitzgerald has the talent to get back, building his offense around the talents of emerging star running back Justin Jackson.

But questions loom, especially on offense. Who will be the quarterback? Is there a go-to wideout? Can the line improve? The defense also has issues, beginning with the lack of a pass rush and an overhauled linebacking corps. Still, this program is on good footing.

Here is a look at three key areas NU must focus on this spring.

1. Begin to sort the quarterbacks. This is really is the first unsettled quarterback situation Northwestern has had in a number of years. Maybe since 2006, which was Fitz?s first year. This spot was disappointing in 2014. And Trevor Siemian is gone. Fitz said on Signing Day that all three guys (Zack Oliver, Matt Alviti, Clayton Thorson) will split the reps equally to start the spring. Oliver and Alviti have done little to impress. Thorson, a redshirt freshman, could be the guy. This offense needs to develop after ranking No. 12 in scoring (23.0 ppg) and No. 10 in total offense (353.1 ypg).

2. Find a pass rush. This was down-right anemic last season. How bad was it? The Wildcats ranked last in the Big Ten in sacks with 17. End Dean Lowry is back after leading the team with the meager total of four sacks in 2014. Ifeadi Odenigbo needs finally to emerge after arriving with mega-promise. Max Chapman, Deonte Gibson and Xavier Washington are others who need to bring the heat off the edge. And Greg Kuhar and C.J. Robbins need to get a push on the interior.

3. Solidify the offensive line. Center Brandon Vitabile started every game of his four-year career. He is gone. And two-year starting tackle Paul Jorgensen is also gone to graduation. There have been plenty of highly regarded recruits on the line the last few years, which of them will step up and into those roles? This unit needs to develop an edge and get tough and mean.