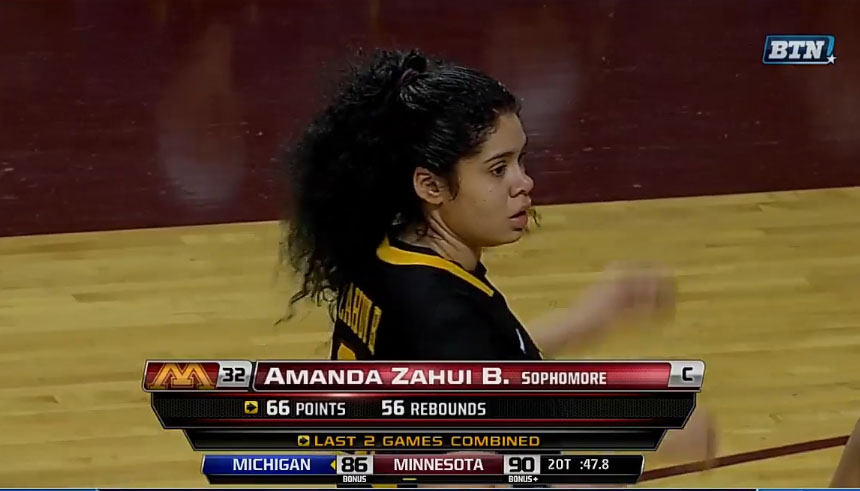 Prediction: Women's basketball fans will be talking about Amanda Zahui B.'s historic week for quite some time.

In all, Zahui B. scored 66 points and grabbed 55 rebounds. In two games!

Use the links below to catch up on all of Saturday's action.

NEBRASKA 64, INDIANA 61: BOX | AP RECAP
Emily Cady had 22 points and 12 rebounds and freshman Natalie Romeo made four free throws in the final 29 seconds to help No. 21 Nebraska hold on for a 67-64 win over Indiana on Saturday.

MINNESOTA 91, MICHIGAN 88 (2OT): BOX | RECAP
Michigan took Minnesota to two overtimes Saturday at Williams Arena, but, in the end, it was a case of too much Amanda Zahui B. The star exploded for 27 points and 27 rebounds in the win.

ILLINOIS 47, PURDUE 46: BOX | RECAP
Despite being held to just 16 points in the first half, the Fighting Illini came roaring back to defeat Purdue, 47-46, in Mackey Arena. The win marks the Illini's first victory in West Lafayette since Feb. 3, 2005.