Ranking the top freshman basketball seasons over the last 20 years 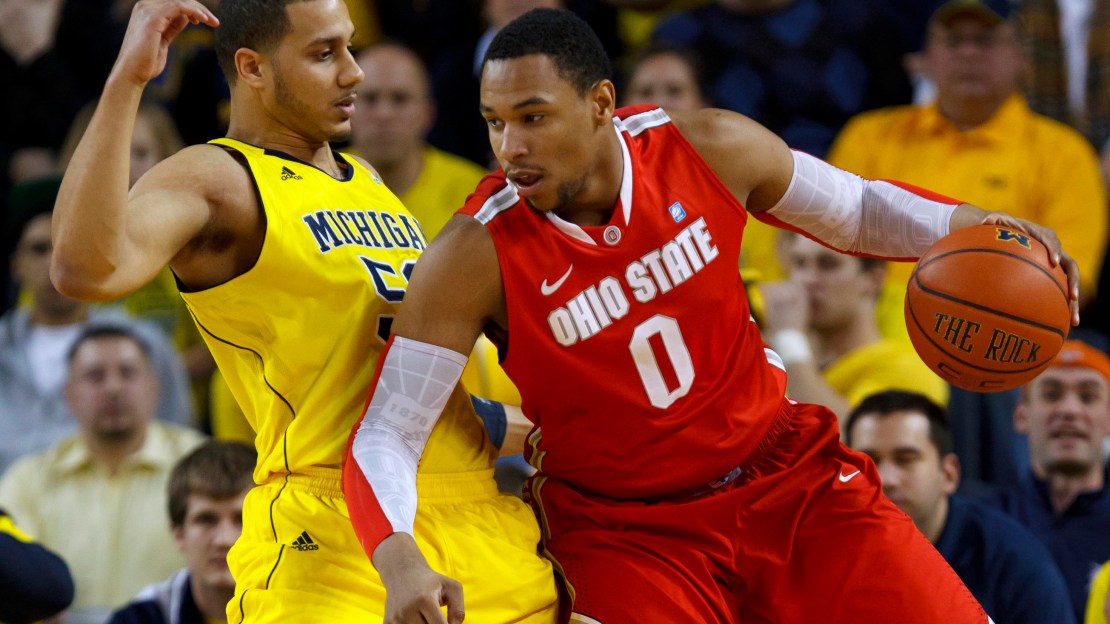 Colleague Sean Merriman recently compared this year?s crop of Big Ten freshmen with past classes.  No doubt, it is a standout group that is on par with most any recent collection of Big Ten freshmen. And the pied piper is Ohio State?s D?Angelo Russell. Twice this season, he has been named the Big Ten Player of the Week and Freshman of the Week.

No doubt, the 6-5, 180-pound Russell is sure to win the Big Ten Freshman of the Year honor. Heck, he may even be the national freshman of the year. Russell is No. 2 in the Big Ten in scoring with a 19.1-point average. He also averages 5.8 rebounds and 5.5 assists for a 19-7 (8-5 Big Ten) Buckeyes squad that?s headed to the NCAA tourney.

[ Dienhart: Reviving freshmen ineligibilty is not the way to go ]

"I feel like I can do whatever it takes whether it?s passing, scoring or rebounding. Those stats just show up, which gives me a lot of attention," Russell said recently.

1. Greg Oden, Ohio State, 2006-07. The 7-footer averaged 15.7 points, 9.6 rebounds and 3.3 blocks during a spectacular one season in Columbus. The Indianapolis native led the Buckeye to a 35-4 mark and 15-1 Big Ten record en route to playing in the national championship game, where Ohio State lost to Florida. Oden and Texas? Kevin Durant were the first freshmen voted to the All-American First Team since 1990 and the third and fourth overall. Oden subsequently was the No. 1 pick in the 2007 NBA draft.

2. Eric Gordon, Indiana, 2007-08. He was a first-team All-Big Ten selection and a third-team All-American choice after averaging 20.9 points, which led the Big Ten. Gordon also averaged 3.3 rebounds and 2.4 assists, shooting 33.7 percent from 3-point range. The 6-3 Gordon is the all-time leading scorer for freshmen at IU with 669 points, which also is a standard for Big Ten freshmen. The Indianapolis native was the No. 7 pick in the 2008 draft after helping IU go 25-8 overall and 14-4 in the Big Ten, losing in the NCAA first round.

3. Kris Humphries, Minnesota, 2003-04. Humphries was the first freshman to lead the Big Ten in scoring and rebounding in the same season, scoring in double figures in all 29 games and averaging 21.7 points and 10.1 rebounds. The Minneapolis native also set a school record for most points by a freshman with 629 and was the first Big Ten freshman to be named conference Player of the Week in two of the first three weeks of the season. Alas, the Gophers went 12-18 overall and 3-13 in the Big Ten in 2003-04, as Humphries turned pro after his debut season and was the No. 14 pick in the draft.

5. Trey Burke, Michigan, 2011-12. A second-team All-Big Ten pick as a freshman, Burke also garnered honorable-mention All-American honors-the first Wolverine to do so since 1998. The diminutive native of Columbus, Ohio, led Big Ten freshmen in scoring with a 15.8-point average. He also paced the team in assists, blocks and steals. Even more impressive: Burke led Michigan to a share of it first Big Ten title since 1985-86 and its best league mark (13-5) since 1993-94. He led the Wolverines to the NCAA title game as a sophomore and then left for the pros after that where he was the No. 9 selection in the 2013 NBA draft.

Got a debate? I'm all ears. For reference, have a look at this list of the annual Freshman of the Year award winners.