Dienhart: Reviving freshman ineligibility is not the way to go 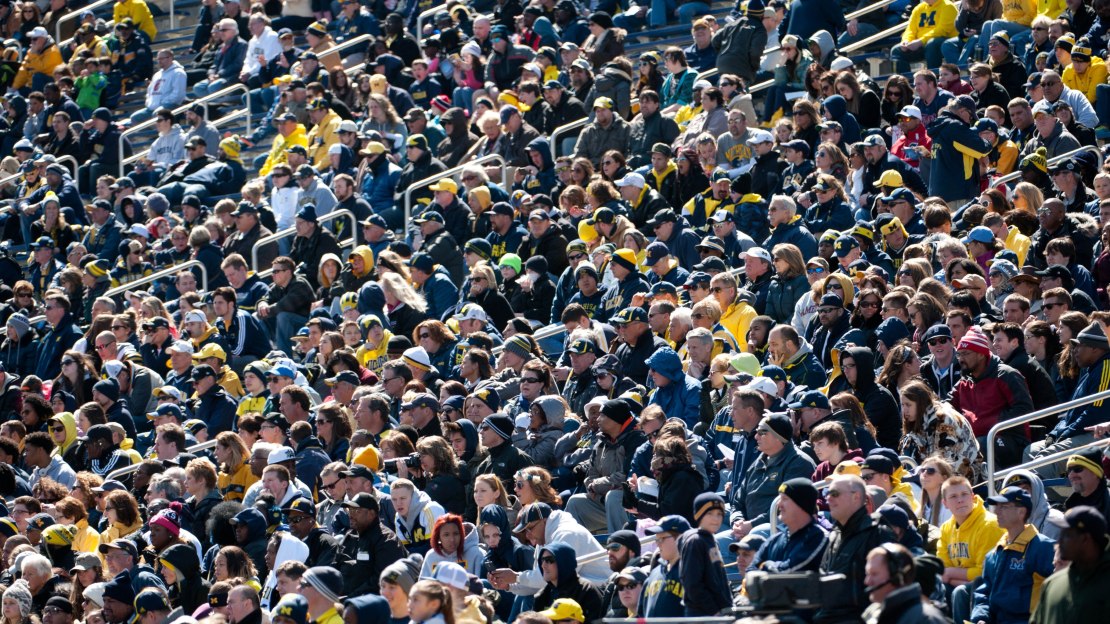 There is a growing buzz around the idea to make freshmen students ineligible to play football and men's basketball, and that buzz stems from recent reports that several conferences – including the Big Ten – want to discuss the idea. Last week CBSSportsline.com's Jon Solomon wrote about interest from the Pac-12 and the ACC, and today there's a report that the Big Ten wants to examine the idea, too.

The argument for ineligibility is that it could help incoming players adjust to the rigors of college academics and get them on a path to graduation without being encumbered by the time needed to play a sport. To me, this is where the mortar board crowd stands, nods its head, exchanges knowing glances and snaps its fingers.

But reinstating freshman ineligibility is a bad idea.

Hop in the time machine and go back to 1972 when big sideburns, bell bottoms, and Tab soda were everywhere. Back then, the NCAA lifted the ban on freshman ineligibility. Why? Mostly because schools felt they were losing too much money off of scholarships and expenses on freshmen who weren?t playing.

It?s always about the money, isn?t it?

Well, we all know money isn?t an issue for schools these days. When annual reports come out from schools, they seem to be flush with with cash. To wit, a recent report says Alabama football had a $53-million surplus in 2013-14.

Yes, Alabama football is at the extreme end of profitability as compared to, say, Washington State men?s basketball, but you get the point. Cash is flowing through cable TV lines into the war chests of these big conferences. Picking up the tab for scholarships for freshmen who are solving calculus problems and writing term papers instead of kicking field goals and taking charges in the lane wouldn't appear to be an issue in today?s viable world of college sports.

There is no doubt some kids would benefit from a freshman year "timeout" to just focus on the books. But I argue many can juggle sports and academics as freshmen. Why deny them the chance to play? Just so a school or conference can boast of a caring and compassion for academics in the hopes of trumpeting boosted graduation rates later?

I wonder if stud basketball players will even bother with college if they know they can?t play as freshmen. Would a rule like this cause many to go pro in hoops overseas or in some minor league right out of high school instead of spinning a ball on their finger in study hall for an entire season? Would a guy like ex-Kentucky star Anthony Davis or former Ohio State star Greg Oden sit around a season studying for tests with no chance at playing?

Under the current set-up, hoops players have to go to school at least one year before going to the NBA. This point can get overlooked but getting exposed to college for one year can be a good thing. It could plant a seed for education later in life. Or, once in school, that player may realize he isn?t so NBA-ready after playing as a freshman and may opt to hang around.

Either way, a hoops player with real pro potential isn?t likely to stay four years whether you keep the current college setup or make freshmen ineligible.

In football, denying freshmen eligibility could mean players actually stay in college for shorter spans, too. As it is, leaving school is a trend as football players realize they have a limited shelf life that can sustain only so many hits. Why not get paid if you?re going to get your body abused? Today, players can leave when they are three years removed from high school.

With freshmen not eligible, players may play just two seasons in college before going pro. The number of underclassmen who declared this year (76) is down from a record-high last year (98). Still, with what we all know about head injuries, etc., the trend toward players leaving early to get paid for their pain figures to continue.

Having freshmen be ineligible is an idea and concept that came and went years ago. Never in the history of organized sports have athletes been more prepared physically and mentally to play as freshmen than today. Training techniques are ultra-advanced, as high school kids learn more about their sport and how to prepare than ever before. Diet ? nutrition ? elite competition ? coaching ? it?s all as good as it's ever been at the prep level.

As for adjusting to college academics, these universities have fleets of tutors to help all athletes succeed-including freshmen. Why step back from that model? A school?s academic heft, a coach, athletic director, mascot, mom, dad, girlfriend or a rule like freshman ineligibility will NOT guarantee academic success. That comes from within the student-athlete. If a kid wants to do well in class, he will find a way to use the resources around him to succeed. And, again, there are plenty of resources and support mechanisms on these campuses to help freshmen balance books and balls.

I have always felt people do better in life when they are busy, as idle hands aren?t good. With a full plate of school and athletics, freshmen can stay busy. They can learn to manage their time. They can learn how to make good decisions. It?s about growing up and becoming an adult. It's about learning to make good choices and owning your decision and actions.

Why give athletes a false environment as freshmen? There could even be shock as a sophomore when the full weight and responsibility of being a student-athlete is unfurled. I say start the growing up process right away.

Freshmen ineligibility may sound great when discussed in a conference room or ivy-covered tower. And it certainly makes those pushing for the cause look noble. But, the idea isn?t practical or fair to athletes who can handle school AND sports.

Why should they be penalized?