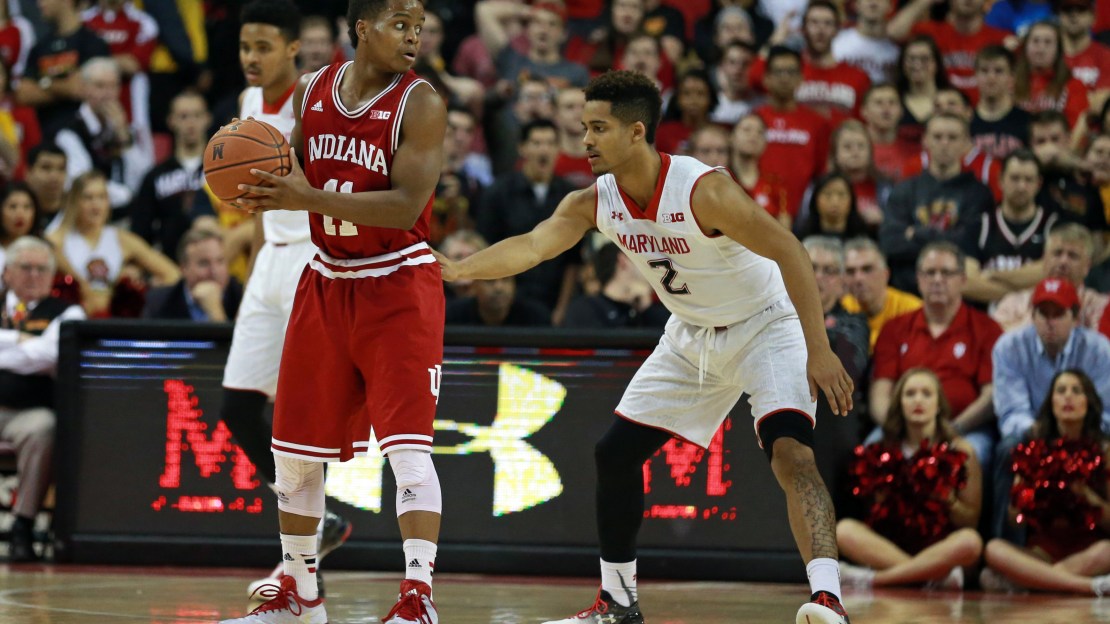 The Big Ten has released a breakdown of conference opponents for the 2016 men's basketball season. All 14 Big Ten teams will play a 18-game conference schedule, playing five teams both home and away and eight teams just one time.

Here is a look at the conference opponents for every Big Ten team.

Wisconsin at Maryland: These two teams will meet only once this season, which is coming up on on Feb. 24. How fun will the 2016 matchup be if both Sam Dekker and Melo Trimble stay in school?

Michigan State at Michigan: This is becoming one of the top in-state rivalries throughout the entire country. The Spartans swept the Wolverines this season, but they will only meet once in 2016, in Ann Arbor.

Indiana vs. Purdue: This is another great in-state rivalry, but like Michigan-Michigan State, these teams will only play once in the 2016 regular season. Will A.J. Hammons and Yogi Ferrell return for their season seasons?

Ohio State vs. Michigan: Although this is known as a football rivalry, both of these teams have the chance to be really good in 2016. Thad Matta and John Beilein are two of the most underrated coaches in the country.

Maryland at Wisconsin: The Kohl Center is one of the toughest place to win at in America, but the Terps will have a good shot at doing that, assuming both Melo Trimble and Jake Layman return next season.

Illinois vs. Michigan: This has been one of the most exciting matchups to watch in the Big Ten as of late. Need proof? Both games between these teams went to overtime this season, with the home team winning each time.

Iowa vs. Wisconsin: The Hawkeyes and Badgers play each other once next season, in Iowa City. This matchup has been great as of late. Wisconsin holds a 3-2 advantage at games played in Iowa City over the past five seasons, with only one being decided by more than five points.

Dates, times and TV information for 2016 Big Ten games will be announced at a later date.

Check out bigten.org for more information on the schedules.