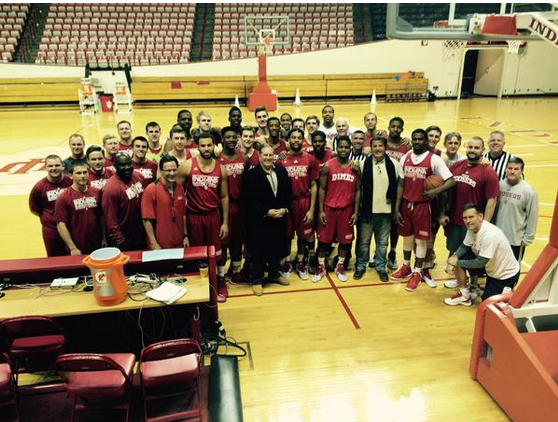 What an honor to have Bill Belichick and Mike Lombardi at practice today. #iubb #GoIU pic.twitter.com/1GThWoiWzt

Indiana is one of several Big Ten men's basketball teams on the NCAA Tournament bubble heading into the final weeks of the regular season. The Hoosiers will take on in-state rival Purdue on Thursday night in a game that will be big for Indiana's tournament resume.

So, who better to talk to before a huge game than one of the greatest coaches of all time?

New England Patriots head coach Bill Belichick paid the Hoosiers basketball team a visit during Tuesday's practice. He was joined by Patriots' assistant coach Mike Lombardi. The two coaches are in town for the NFL Combine.

@IndianaMBB posted the photo above, which shows Belichick and Lombardi posing with the team.

More from the Indy Star here.