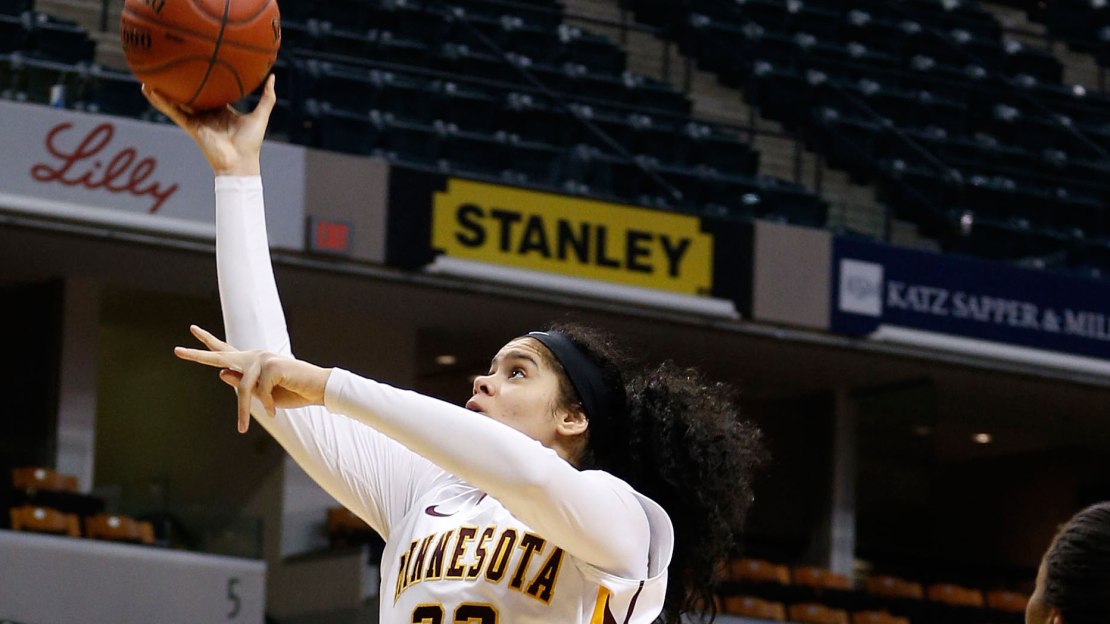 Minnesota sophomore Amanda Zahui B. had a night that she will never forget.

Zahui B. scored a career-high 39 points and grabbed a Big Ten-record 29 rebounds as Minnesota defeated No. 13 Iowa 93-80 on Tuesday night. Her rebounding record broke the former conference single-game mark of 26, which was set by Jerica Watson of Iowa in 2001. Zahui B. also became the 22nd Gopher in program history to join the 1,000-point club.

Minnesota's star center shot 16-of-31 from the floor and played all but one minute in the game. She also added four blocks, two assists and two steals in the Gophers' upset victory over the Hawkeyes.

According to ESPN Stats & Info, the last NBA player to score 39 points and grab 29 rebounds in a single game was Moses Malone back in October, 1979.