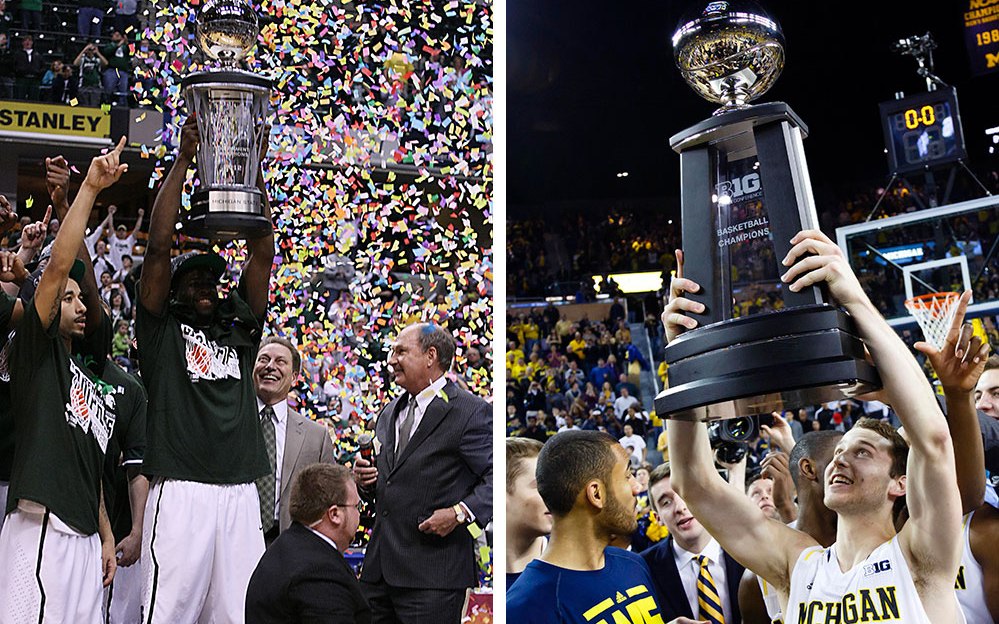 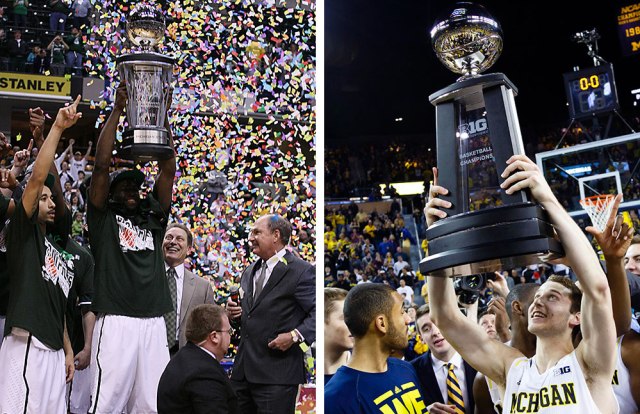 Draymond Green and Nik Stauskas are two of the top Big Ten players over the past decade, both winning Big Ten Player of the Year in their final seasons.

Tonight, Stauskas, not to mention Glenn Robinson III, will attend the Michigan State-Michigan game at 9 p.m. ET on ESPN.

The Wolverines have won the last four meetings in Ann Arbor, and Stauskas is feeling pretty confident. He sent out this tweet on Monday morning; Green, eventually, responded, and the two went on to have an entertaining Twitter battle.

I'll be in Ann Arbor tomorrow to see my bros beat up those dudes from East Lansing. Can't wait to see you guys there! #GoBlue

Stauskas has never seen Michigan State win at Crisler, because the Spartans haven't done it since 2010. Jan. 26, 2010, to be exact.

@NStauskas11 @DSMGMT I won there a couple times… And we will tomorrow… Wager?

Green won at Michigan in 2009 and 2010 as a freshman and sophomore. And now, the two start to talk about what's on the line tonight.

@Money23Green loser posts a picture of themselves wearing the other schools shirt on Twitter and Instagram lol. I'm still on that rookie $$

@Money23Green okaaaay you scared? Lol you about to get paid this summer tho!! What's your idea?

Yo @Nstauskas11 we need to finalize a bet so I can make sure I benefit off of our greatness tonight…. #SpartyOn #GoGreen

@Money23Green what's the deal? You're scared of my bet!!!

@Money23Green okay 500 it is. But I hope you know I'm gonna make you wear a Michigan shirt!

Hahahaha never RT @NStauskas11: @Money23Green okay 500 it is. But I hope you know I'm gonna make you wear a Michigan shirt!

Talking about Stauskas vs. Michigan State, remember this?

With @NStauskas11 headed to MSU-Michigan tomorrow night, I couldn't help but think of this. http://t.co/dHIJKUbbyz